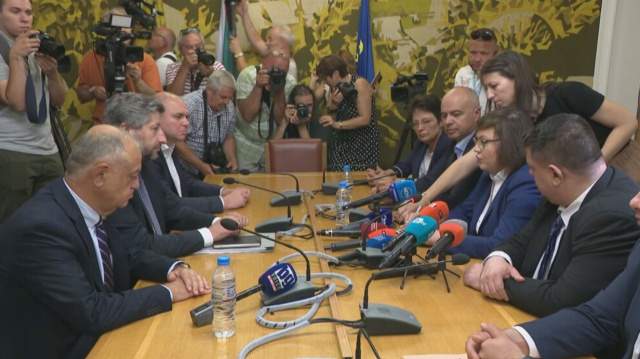 “We declare our serious readiness to try to form a regular government and parliament that will work and pass the necessary legislation. ‘There Is Such a People” accept the program, approve what we wrote, supplementing it with good suggestions. I think they will not meet your resistance. Most of it is oriented towards economy and social policy, as well as some editorial changes," said the leader of the Bulgarian Socialist Party (BSP) Kornelia Ninova at the meeting with "Democratic Bulgaria" (DB).

According to her, there is a desire to form a cabinet with 2 parts of the talks - first on policies and program and then, if an agreement is reached, there will be a talk about the structure and personnel of the Council of Ministers.

"We are looking at the third mandate as a collective one. We are stepping into the program that we developed together within the framework of the first mandate. We will be more actively involved in the process when a candidacy for prime minister has already been broadcast by ‘We Continue the Change’”, added Hristo Ivanov leader of “Democratic Bulgaria”.

Atanas Atanasov added that the challenges and crises facing Bulgaria are much stronger than the differences of the parties.

"We approach constructively and responsibly the establishment of a government because the risk of Bulgaria remaining without a parliament during the winter months is substantial. This gives the opportunity for political destabilization, which serves Borissov's plan for restoration, and we will not allow that," said Atanas Atanasov.

The consultations of BSP continue for the formation of a cabinet within the third mandate. So far, meetings have been held with "We Continue the Change" (WCC) and representatives of “There Is Such a People” (TISP). Both parties declared their will to form a cabinet.

The Socialists are looking for a majority in the 47th National Assembly among their, until recently, partners from the quadruple coalition, which would be based on the governing program drawn up by WCC, BSP and DB.

"We Continue the Change" set a condition, while the consultations are ongoing, that the anti-corruption law be set in motion and that Boyko Rashkov be elected head of the Anti-Corruption Commission, in order to "prove that an anti-corruption majority works in the parliament".

Slavi Trifonov's party (TISP) stated that they accept the management program of the three formations and will submit proposals for changes to it. They announced their support and that they will support the anti-corruption law in the first reading, although they have serious objections that they will make before the second vote.

If the first round of negotiations goes successfully even today, there will be talks about the structure and personnel composition of the cabinet. Kornelia Ninova has so far stated several times that the candidate for prime minister should be proposed by the largest parliamentary group - "We Continue the Change".

If a new quadruple coalition is formed, WCC, BSP, TISP and DB will gather a majority of 128 MPs, even without the support of the independent MPs. 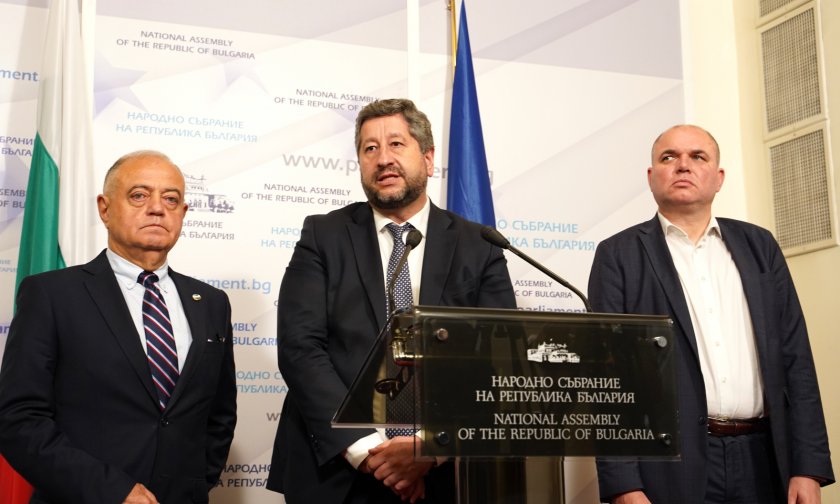 Hristo Ivanov after the meeting with BSP: The key issue is achieving a balance between WCC and TISP

"This is a second attempt to implement the first mandate. The key issue is achieving a balance between WCC and TISP," said Hristo Ivanov from "Democratic Bulgaria" after the meeting with BSP.

According to him, it is right that the nomination for prime minister should come from "We Continue the Change".

Politics » Be a reporter: Write and send your article
Tags: BSP, We continue the change, Democratic Bulgaria, There is such a people
Advertisement
Advertisement
Expats.bg All Are Welcome! Join Now!
Related Articles:
More from Politics