European Ministers Insist that Sanctions against Russia are Working 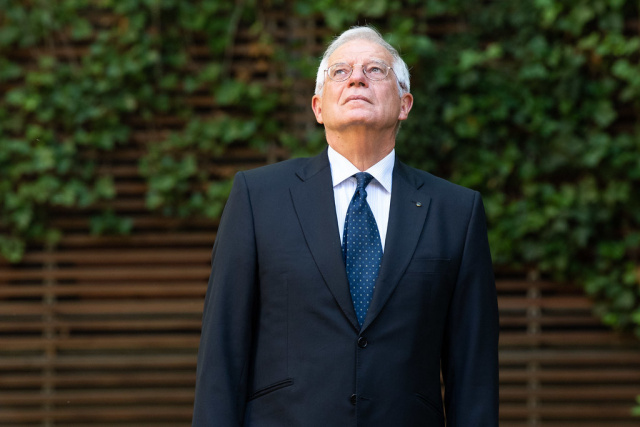 European foreign ministers insisted as they arrived in Brussels that sanctions imposed on Russia to punish it for its invasion of Ukraine are working - despite the threat to EU energy supplies.

Last week, one of the EU's leaders, Hungarian Prime Minister Viktor Orban, condemned the policy and said Brussels was doing more damage to the European economy than Moscow.

Arriving at EU headquarters for talks on how to fix loopholes in the sanctions regime and step up pressure on Russia, EU foreign policy chief Josep Borrell dismissed that.

"Some European leaders say the sanctions were a mistake," he told reporters.

"Well, I don't think it was a mistake. It's what we had to do and we'll continue to do."

Luxembourg Foreign Minister Jean Asselborn rejected the idea of ​​dropping sanctions: "It would be fatal if we did it. At stake is the trust in us."

"Normally we would have to use diplomacy, the United Nations, to try to fix this. But we are not in a normal time. We are in a time where the laws of the jungle matter," he said.

Since February, when Russia invaded its already partially occupied neighbor Ukraine, the European Union has rolled out an escalating series of six-pack sanctions against Moscow.

Most oil imports have been banned since June and diplomats are discussing an embargo on gold, but many European countries remain dependent on Russian gas for their energy supplies.

Borrell and most Western leaders insist the sanctions have hurt the Russian economy and will only tighten if President Vladimir Putin does not withdraw his troops from Ukraine.

Orban denounced the measures on Friday, saying that Europe had "shot itself in the lungs" by damaging energy supplies.

"Brussels thought the sanctions policy would hurt the Russians, but it hurts us more," he said.

Borrell and EU ministers held a video call with Ukraine's Foreign Minister Dmitry Kuleba to discuss among themselves how to tighten sanctions.

"We are not saying 'a new package', but improving the implementation of the sanctions already in place," Borrell said, noting that EU officials are drawing up plans to ban Russian gold imports.

Meanwhile, Russia has begun cutting off gas supplies to Europe, threatening the energy security of countries such as EU industrial power Germany.

"We will continue to support Ukraine, both economically and politically, but also with military means," she said. "It is very important that the sanctions are maintained".