After Consultations with the President: Will there be a New Government in Bulgaria with the Third Mandate? 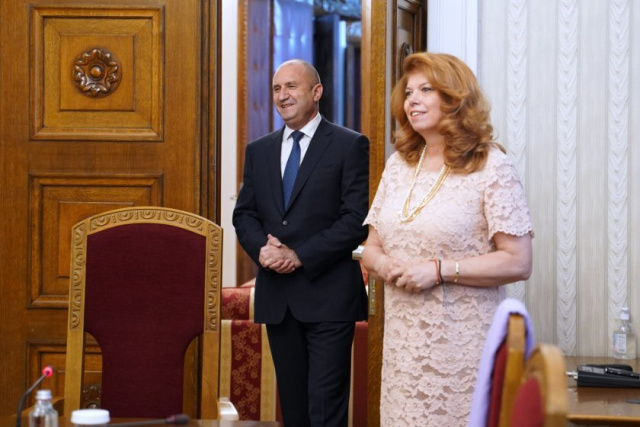 Can the parliament produce a cabinet with the third mandate and solve the crises in which the country is. These were the main topics of the consultations that President Rumen Radev held with the parliamentary parties today.

“We Continue the Change” (WCC) said that in order to secure a majority for the cabinet, they will conduct negotiations with all the deputies in the parliament who are not dependent on behind-the-scenes forces. For the Bulgarian Socialist Party (BSP), the cabinet should be political, not expert, so that it is clear who bears the responsibility. “There Is Such a People” (TISP) are open to dialogue with their previous partners but continue to insist that the leaders step aside. “Democratic Bulgaria” (DB) defined the third mandate as a "dialogue mandate". For them, the negotiations should be within the framework of the collapsed coalition, and the political leaders should take a step aside.

GERB, The Movement for Rights and Freedoms (DPS) and “Vazrazhdane” do not see a working formula in this parliament.

How the consultations went

President Rumen Radev said that he is conducting the consultations with the aim of finding unity around national goals and priorities and in anticipation of making use of the last hope - with the third mandate to form a government. 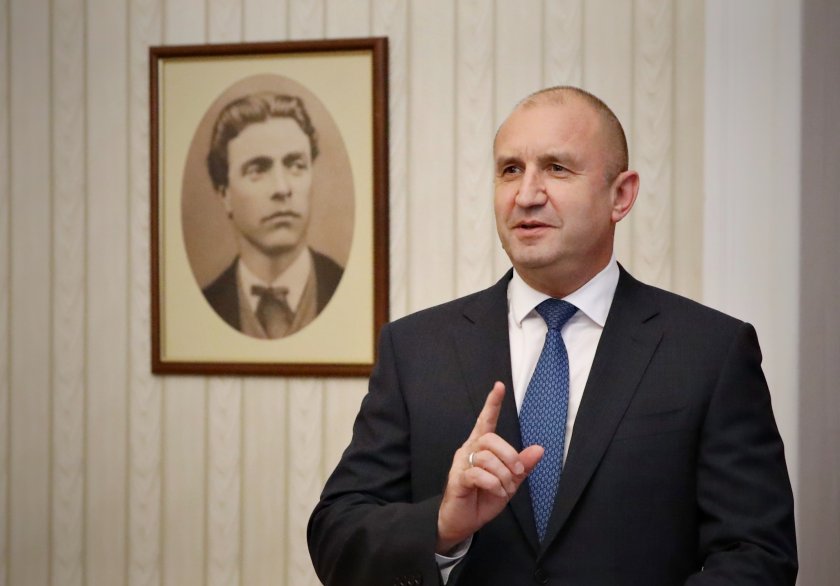 "Apparently, after the new red lines have been drawn, this is not an easy task, but the politicians, both in the parliament and in the government, are there at the will of the Bulgarian citizens, who expect dialogue, compromises, understanding and hard work so that their problems are solved. We need not just a deal for a new government, but an effective government with a strategic horizon to undertake and implement the necessary reforms. That is why it is very important to hear today the position of all parliamentary groups on how they see the formula to get out of the political crisis without a clear solution we cannot cope with solving the other crises," said the head of state.

The President asked to understand the position of "We Continue the Change" - does the current National Assembly have the potential to issue a government that is based on values ​​and not on political bargaining. He asked them if they would support a government mandated by another political force. 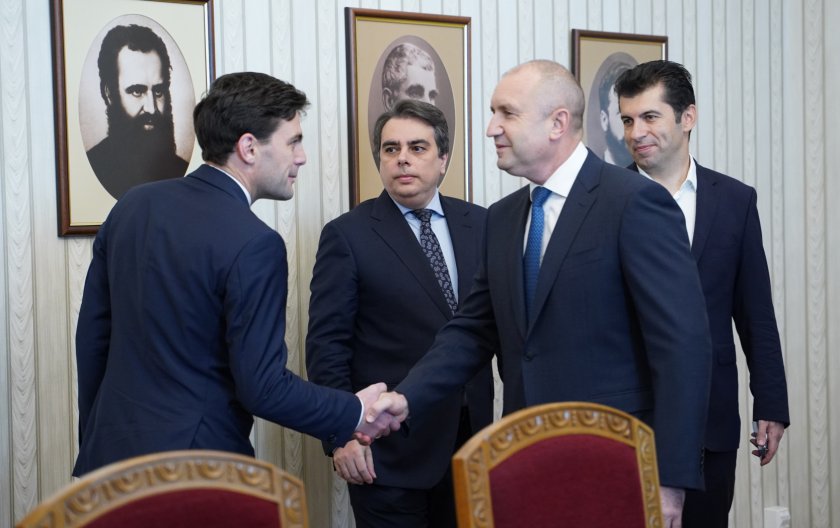 Kiril Petkov announced that "We Continue the Change" would like to avoid the political crisis.

"We have clearly stated and continue to stand on this position very clearly, that we are ready to talk with absolutely all people's representatives from all political forces, who can make their own decisions in the parliament and are not dependent on behind-the-scenes forces that are not in the parliament. This is our readiness and we will continue and we hope to support, if you choose our coalition partner to lead the third term, to support these talks and to remain fully dialogic, of course, without giving the opportunity for the backroom forces to take over the future government" - said Petkov.

To the question would "We Continue the Change" support a government with a prime minister raised from their ranks like Nikola Minchev, for example, the resigned prime minister answered:

The second largest parliamentary group GERB-SDS confirmed that they insist on early elections. Rumen Radev asked them how they see the resolution of the crises and whether extraordinary elections would stop the growth of the industry reported by the government. 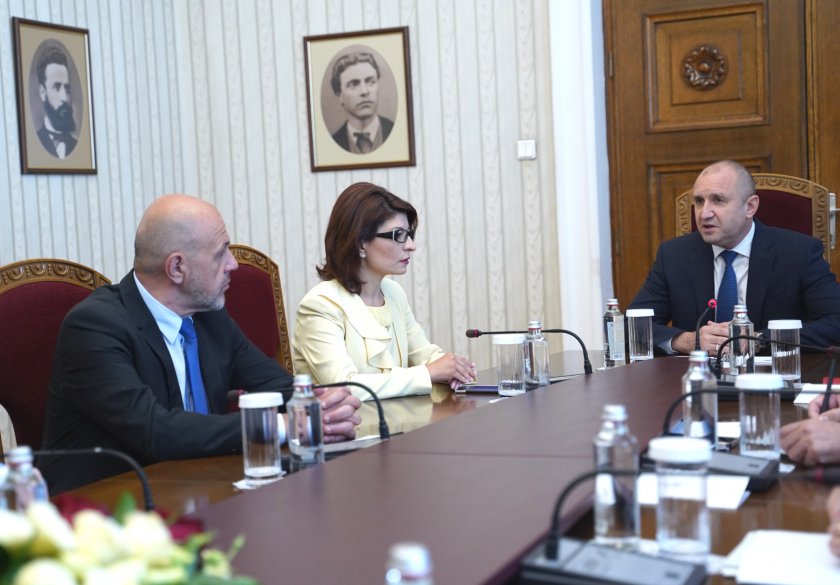 "You, with your great administrative and parliamentary experience, are fully aware of what it means exactly at such critical moments to go to elections, to remain without a parliament, to have transitional periods in which the administration cannot work effectively. We are interested in how you see it besides the issue of power, the problems of the people should also be solved without delay," the president pointed out.

"We are here with all the experience and expertise that we have in our parliamentary group and we are ready to participate in the consultations to find a way out of the crises. However, this does not mean that our opinion that there cannot be a stable majority in the 47 The National Assembly has changed," said Desislava Atanasova, chairwoman of the parliamentary group of GERB-SDS.

After the consultations, GERB said that they pointed out to the president as one of the reasons for the crises, according to them, that several families run the state as their private company or startup company.

In order to change the formula of political governance, new elections are needed, the Movement for Rights and Freedoms confirmed its position. 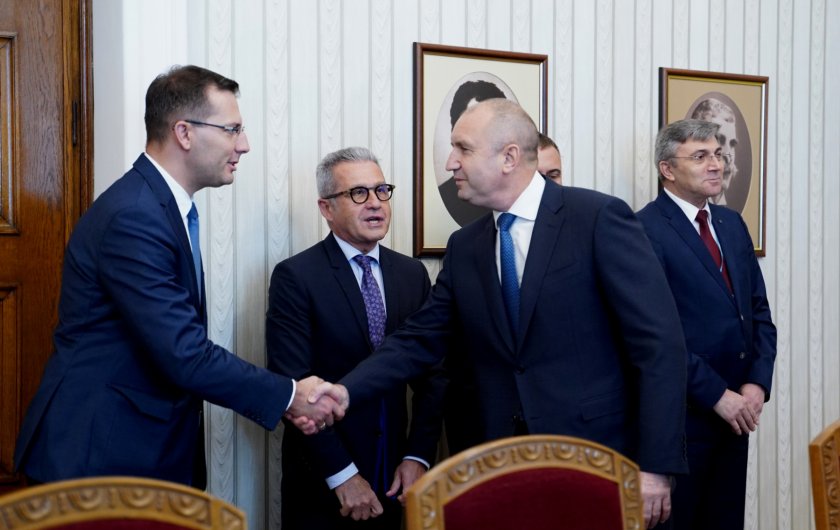 "How do you see your role, your party - what is your recipe for getting out of the crisis, to dialogue?" asked the head of state.

"A new foundation is needed to have a new house. The previous foundation sets a wrong model, a crooked house. In order to reformulate something new, you have to go to early elections. It is very important to know what there is to do before the early elections and we bear our responsibility," said Mustafa Karadayi, chairman of DPS.

After the meeting, Mustafa Karadayi expressed hope that they were useful to the president with their position and again criticized the government of Kiril Petkov.

"For the last 32 years, I don't believe there has been a worse cabinet than this one. I think it wasn't even that bad during the time of Zhan Videnov," said the DPS chairman.

The Bulgarian Socialist Party came a minute late and the president had to wait for them. Kornelia Ninova stated that if they receive the mandate, they will make maximum efforts to fulfill it. They stand behind the prepared program during the first term. They will not talk to GERB and DPS 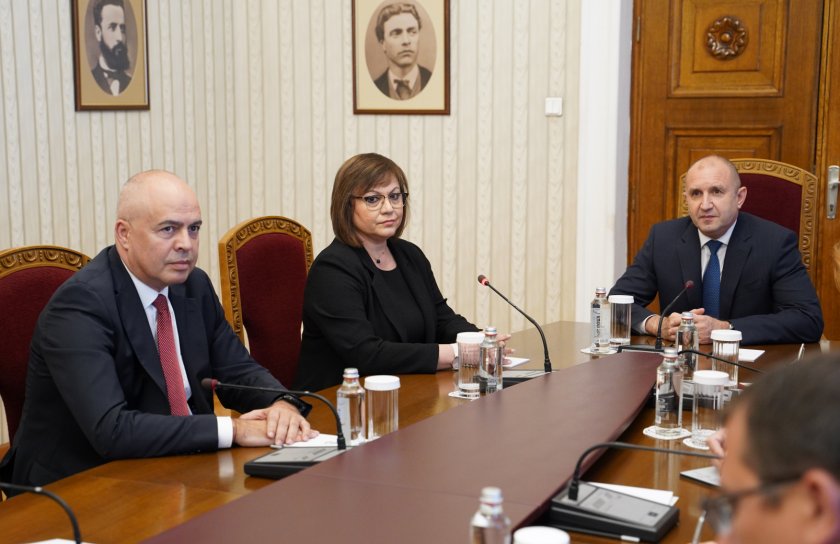 "The parties continue to draw dividing lines. That is why it is important to hear your formula for getting out of the crisis - with whom will you be in dialogue and what program do you have in order to have a sustainable government that makes the important decisions," pointed out Rumen Radev.

"First of all, we think that the prime minister should be chosen from WCC. They are the first political force in a democracy, it is right - the first to propose the prime minister. Secondly, we prefer political to an expert cabinet, because it means clearly carrying political responsibility." - emphasized Kornelia Ninova, chairwoman of BSP.

After the meeting, in response to a question, Ninova said that they had not received any indication that the mandate would go to them and specified:

"I told you that the basis for negotiations will not be names, but the program, actions, policies and laws."

"There Is Such a People" will also try to produce a government if they get the mandate. They are ready to conduct negotiations with the three parties with which they were in a coalition until recently, but they believe that it should be structured in a different way. According to TISP, an expert cabinet is a better option. 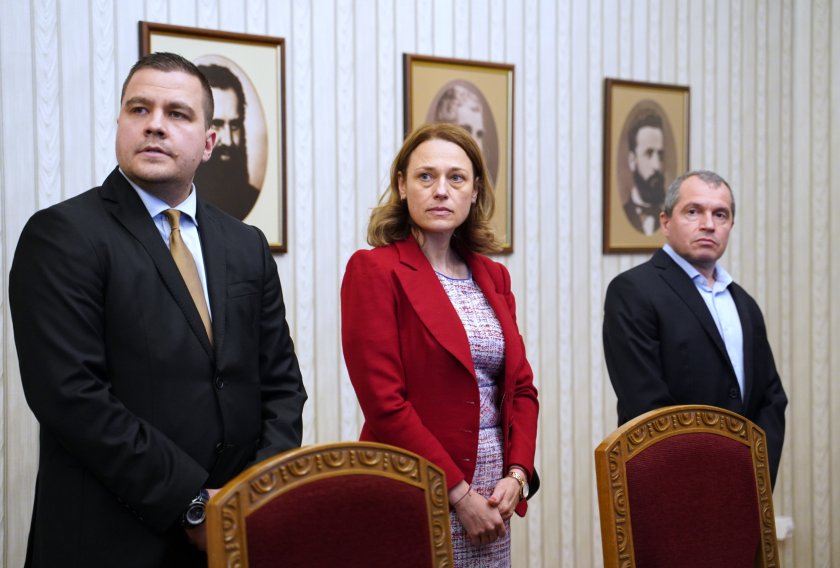 "Your party's decision was to leave the government, which faced the 47th National Assembly with the formation of a new governing majority or new elections. On what priorities do you see a majority, are you open to a majority and with which political formations?" asked the president.

"It would be good, if possible, for the political leaders to step back and in this situation come a government that within a year or a year and a half or 6 months - as much as they have decided to deal with the crisis, with the most urgent. The government to move forward with people who are experts rather than politicians," said Toshko Yordanov, the chairman of the parliamentary group of “There Is Such a People”.

According to TISP, the president should hand over the mandate to the party that can find wider support.

"Democratic Bulgaria" will work to restore the political dialogue. If they receive the mandate, they will conduct negotiations with the previous coalition partners. They believe that the candidate for prime minister must gather a lot of trust. The key task is to restore the majority. 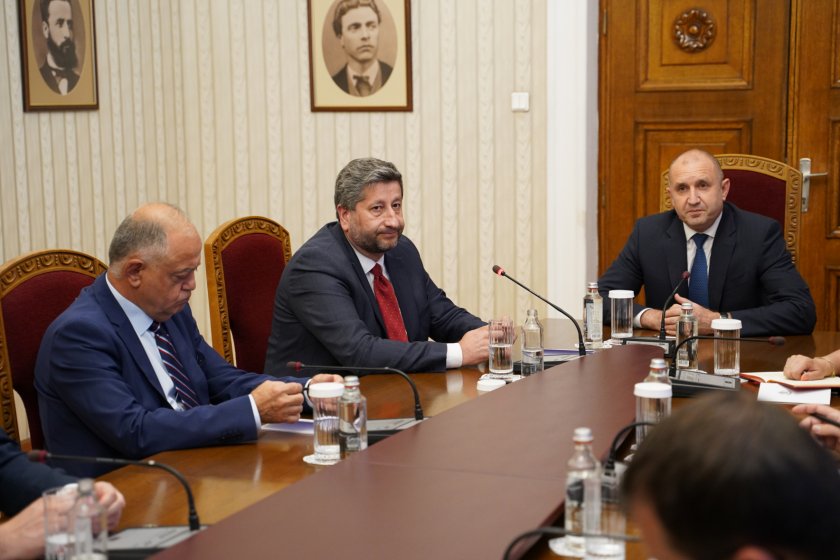 "You said that you will make efforts to form a government within the third mandate. You are also conducting a dialogue with all potential partners. How do you see the formula for getting out of the political crisis?" Rumen Radev asked.

"We propose to see if the political leaders can't take a step back, but if it is political that prevails, we will not insist. We have specific ideas, but first to restore the majority and on that basis we can move forward." - said the co-chairman of DB Hristo Ivanov.

"Vazrazhdane" sees early elections as the best solution to the crisis situation. They believe that the current parliament is exhausted. 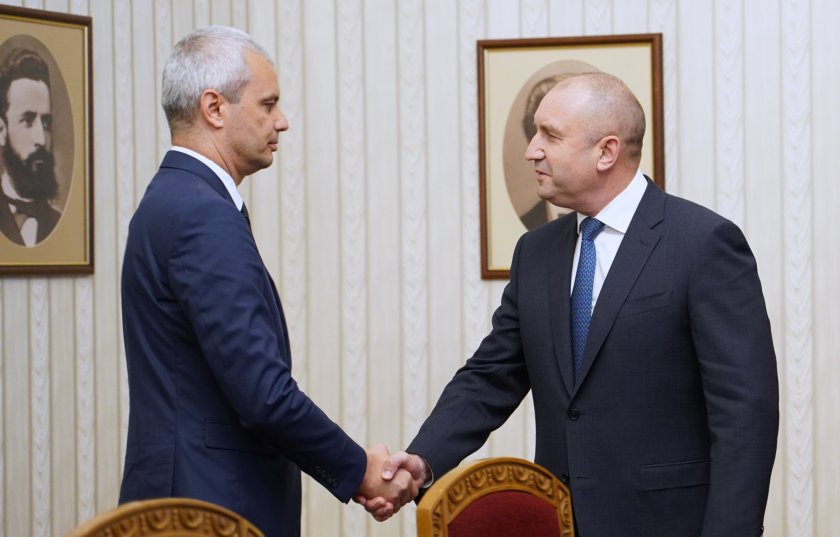 "You declared early elections, but the problems remain and there is a danger that the same configuration will be repeated in the parliament after these elections," stressed President Rumen Radev.

"This parliament with this composition will not be functional. It is not certain whether the same configuration will be repeated after elections, only the Bulgarian voter can say that," answered the chairman of "Vazrazhdane" Kostadin Kostadinov.

When and to whom the president will give the third mandate is not yet clear.