The Ruling Party in North Macedonia supported the French Proposal 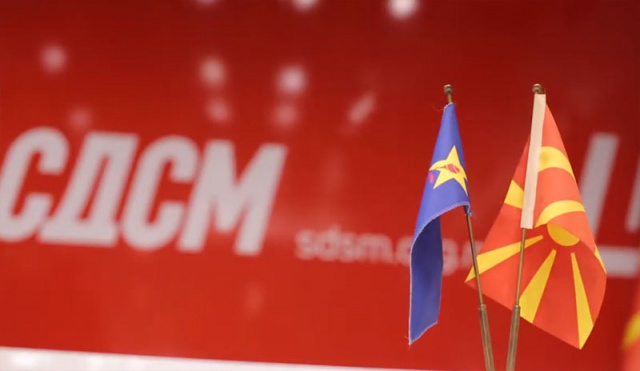 The Central Council of the ruling Social Democratic Union /SDSM/ in the Republic of North Macedonia unanimously supported the French proposal to start negotiations for the country's EU membership.

The meeting was held late that night. The announcement from the party says that "the decision was taken in favor of state and national interests, as well as the strategic goals of EU membership. With this decision, in practice, the party of Prime Minister Dimitar Kovacevski approves the start of negotiations for full membership in the EU according to the proposed Negotiating Framework of June 30 by France, which at that time was the president of the European Council.

According to the SDSM, "the party categorically stands behind the unconditional respect of the language, identity, as well as the historical and cultural specificities of the Macedonian people, which are not negotiated with the EU in any way". Kovachevski's party expects these principles to be supported "by all political formations in the National Assembly according to parliamentary procedures"

"During the negotiation process, the government and all other institutions must respect the Parliament's Resolution regarding the Macedonian red lines," the message from the SDSM, which was distributed shortly after midnight Bulgarian time, also states.

"Our country is facing a very important decision for its future and the achievement of another strategic goal - starting EU negotiations with a protected Macedonian language. This also means the final closure of identity issues. We have received a proposal that guarantees us a pure Macedonian language. Bilateral and historical issues are outside the negotiation framework. All political parties must act responsibly, statefully and rationally. Together we must take the long-awaited state decision to continue the European integration of the country," the SDSM also emphasized.

The main coalition partner in the government of the SDSM, the Democratic Union for Integration /DSI/ of Ali Ahmeti categorically supported the French proposal. In the parliament, only the deputies from VMRO-DPMNE and the far-left pro-Russian "Levitsa" are against the proposal