Lavrov in Bali: We have Nothing to Talk about with the West 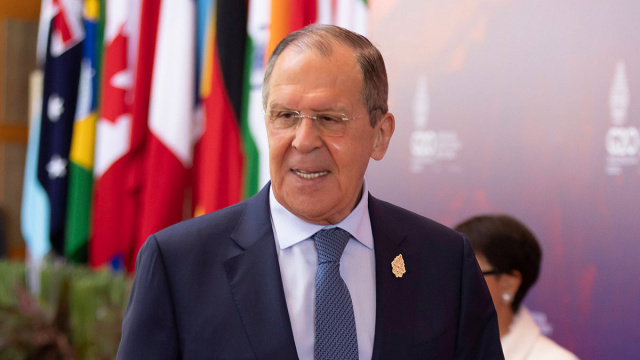 "We probably have nothing to talk about with the West," Russian Foreign Minister Sergey Lavrov told journalists on the sidelines of the meeting of G20 foreign ministers on the island of Bali in Indonesia, quoted by TASS. On Friday, Lavrov, who was speaking at the forum, remained in visible isolation among his colleagues, and Russian agencies reported that the head of Kremlin diplomacy was leaving Bali two hours earlier than scheduled and would not stay for the dinner and the traditional "family photo".

TASS commented on the isolation of the Russian minister, saying that his interaction with Western colleagues turned out to be unproductive as expected and, quoting Lavrov himself, "there was only rabid Russophobia." However, according to the state agency, Lavrov held fruitful state meetings with the foreign ministers of Argentina, Brazil, India, China, Turkey and South Korea.

"Western colleagues used the G-20 not for the purposes for which it was created, that's obvious. They neglect of the protocol events of the G-20 - their understanding of protocol and generally of politeness and the rules of ethics". Against the background of the fact that the US Secretary of State, according to the world agencies, avoided any group gatherings and conversations and tried in every way not to be in a frame with Lavrov and refused a joint photo with him, the Russian first diplomat commented with the words "no one invited him to take a picture.''

Lavrov transferred responsibility for the war with Kyiv to the West. "Peace with Ukraine would be possible if it were not for the position of the West: it does not allow Ukraine to proceed to the peace process, but forces it to take its weapons, use them to bombard cities, destroying the civilian population. They don't want negotiations there, they want Ukraine's victory over Russia, but on the battlefield. In that case, we probably have nothing to talk about with the West," Lavrov presented the Russian version of war and peace.