Anti-European Blockades in the North Macedonia 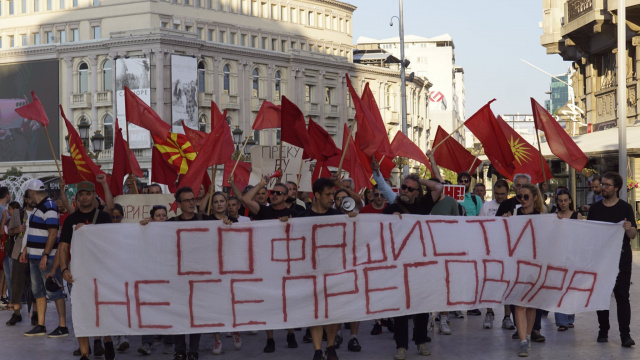 "No negotiations with fascists"

Today, the opponents of the French proposal to start EU membership negotiations for the Republic of Macedonia will organize blockades in several key places in the country, reported a BGNES.

Today, the opponents of the French proposal to start EU membership negotiations for the Republic of Macedonia will organize blockades in several key places in the country, reported a BGNES.

For one hour, between 1 and 2 p.m. local time, there will be blockades around the government building and on the Shtip-Veles, Strumica-Radovish and Pletvar-Prilep highways. The main organizers of the protests and blockades are VMRO-DPMNE of Hristijan Mickoski and the far-left and pro-Russian formation "Levitsa" of Dimitar Apasiev.

According to them, the acceptance of the French proposal will mean "Bulgarization of Macedonia". This will be the seventh protest in the country. The next one will be on Sunday at 19.00 p.m. in front of the Council of Ministers in Skopje. 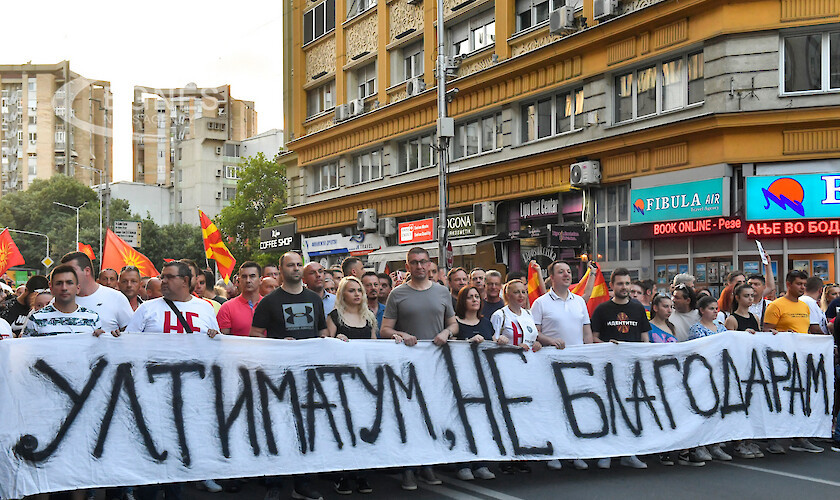 During yesterday's protest, Mickoski categorically opposed the inclusion of Bulgarians in the Constitution. "I assure you that VMRO DPMNE will not support any constitutional changes...The Macedonian public must be sure that whatever happens with this national betrayal and disaster that the government of SDSM and DSI is preparing to commit, VMRO DPMNE in parliament will not accept it. For this, 80 MPs are needed, be sure that they do not have these 80 MPs, and this should be clear to everyone both in Macedonia and outside of Macedonia," Mickoski said.

Yesterday it became clear that Zijadin Sela "Albanian Alliance" is terminating any partnership with VMRO-DPMNE, which practically puts VMRO-DPMNE in political /coalition/ isolation. The remaining Albanian formations participate in the government coalition.

As with the previous protests, last night the main chants were against Bulgaria. All the speakers at the official tribune called Bulgaria “fascist”, and Europe was also defined with the same epithets.

French President Macron yesterday recalled that North Macedonia is once again facing a key moment in its history. In the message to the citizens of North Macedonia, Macron emphasizes that they must make the decision that will determine the country's future and decide whether it will become part of the European family. "It remains for you Macedonians to decide. The power to change the course of history is now in your hands. I will not say that this treaty is perfect, but it will clear your European path. Like every treaty, this one is based on compromises and balance. This treaty does not call into question the official existence of the Macedonian language, which is an integral part of your identity," the letter added.