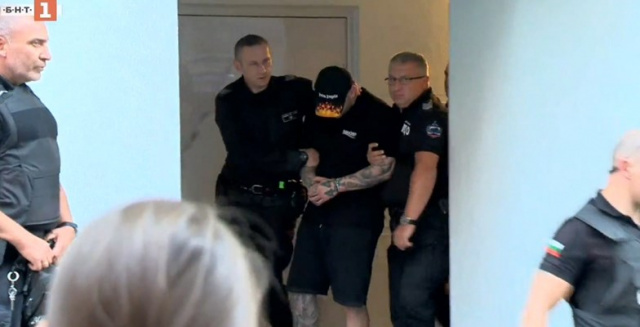 The football player Georgi Semerdzhiev, who crashed his jeep and killed two girls in Sofia, has been taken into custody by the National Investigation Service "G.M. Dimitrov".

An indictment has been brought against him, it foresees a prison term of 5 to 20 years, Yasen Todorov, deputy director of the National Investigation Service, told Nova TV.

A judicial panel in Sofia yesterday ordered a measure of "detention in custody" for Georgi Semerdzhiev. However, it turns out to be an old case against him from 2013.

The defendant, Georgi Semerdzhiev, is accused of causing bodily harm. He did not appear at the court session, having no valid reason for doing so.

We remind you that the serious accident occurred on July 6, 2022, at the intersection between "Arsenalski" and "Cherni vrah" boulevards in Sofia, near the "European Union" metro station. Two young women, aged 22 and 26, who were crossing the intersection, died. A 52-year-old taxi driver was among the injured. The man has a head injury. He was examined by the emergency teams, but refused hospitalization. The signal was given at 11.08 p.m. 4 ambulances were dispatched to the scene.

The cause of the accident was running a red light and possibly speeding. As a result of the collision, the jeep with which the girls were hit split in two. The subway elevator is also destroyed.