EU: Trust in Institutions continues to Fall despite declining Unemployment and phasing out of Pandemic Restrictions 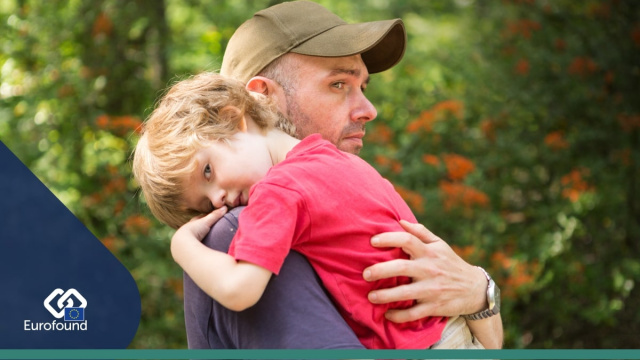 Recorded trust in institutions such as national governments, the EU, the police and news media has declined across the EU over the past two years, with those who previously expressed higher trust levels, such as those in financially secure positions, now becoming less trusting. Declines in trust are being driven, in part, by the spread of misinformation on social media, and take place in the context of high levels of inflation, rising energy costs and increasingly difficult economic circumstances.

These are among the findings of the fifth round of Eurofound's Living, working and COVID-19 e-survey, with the factsheet of initial results Living in a new era of uncertainty, published today. The results, presenting an overview of responses from over 200,000 people across the five rounds, look at well-being, health and safety, work and telework, trust, work-life balance and the financial situation of people in Europe.

This decline in trust has taken place in the context of an upswing in economic activity with decreasing restrictions and declining unemployment, to a rate where it is below pre-pandemic levels. The economic and social consequences of the war in Ukraine - which 76% of respondents expressed high or very high concern about - rising inflation, and increased rates of energy poverty will further test trust in institutions throughout Europe in the months ahead.

The survey reveals mounting financial burdens to individuals and families in the EU. 28% of respondents report living in a household with difficulties making ends meet and being in arrears with their utility bills, while 45% of this group are worried they will not be able to pay their utility bills over the next three months.

The restrictions of the pandemic and unprecedented burdens on healthcare systems are also reflected in unmet mental health care – particularly for women, with almost a quarter (24%) reporting unmet mental care. Although there have been some improvements in reported mental well-being compared with Spring 2021, these have not been to a level that might have been expected, alluding to an enduring mental health burden from the pandemic.

Speaking on the publishing of the factsheet, Eurofound Senior Research Manager Daphne Ahrendt said 'These findings reveal a new era of uncertainty for Europe, and we must bear in mind that declining trust has occurred during a period of relative economic recovery and declining unemployment. Europe is likely to face mounting economic and political challenges in the months ahead. This research should act as an urgent call to action to work to improve trust, engage with citizens that feel marginalized, and cover the basic needs of those feeling the pressures of inflation and societal change.'