Bulgaria: What are the Priorities of a Cabinet with Prime Minister Asen Vassilev 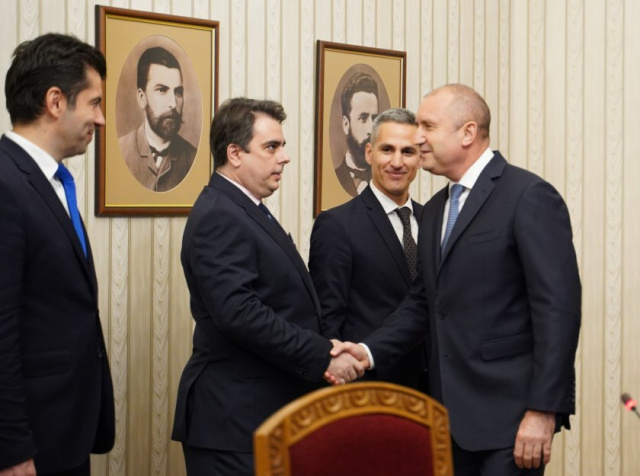 In a traditional for “We Continue the Change” style, final talks with coalition partners on the governance program for the next six months were being held late last night. Securing parliamentary support has not yet been achieved, however, and despite numerous rumors about changes in the composition of the new cabinet - this time headed by Asen Vassilev, personal changes and the structure of the government are sidelined as issues. What did yesterday look like, and does the new one begin with optimism for the formation of a new cabinet?

Two tariffs for electricity, water and heating for domestic consumers, an increase in pension supplements and 95% payment by the Health Fund of medicines for children up to 14 years of age for acute illnesses. These are only part of the priorities in the management program with which the cabinet led by Asen Vasilev intends to govern the country until the end of the year. However, a large part of the measures will be introduced with next year's budget.

By July 22, there must be a new Speaker of the National Assembly and changes in the rules and composition of the standing committees in the Parliament, and by the end of July - the issue with the Anti-Corruption Commission should be resolved. In total, there are 74 priority legislative changes by the end of the year.

The measures that the Bulgarian Socialist Party has been pushing for, namely free medicines for children (in this case under 14 and with acute illnesses) and free textbooks for students from grades 1 to 12, should come into force along with Budget 2023. The same applies to the continuation of the reform of the pension system and the increase of the pension supplement – ​​from 26.5 to 30%.

The formulas for automatic calculation of the minimum and maximum insurance threshold should be ready by the end of September. In the health sector, one to six air ambulances are expected to be put into operation by the end of the year.

Block tariffs for electricity, water and heating for domestic consumers should be ready by the end of the year. The first of these tariffs should cover basic consumption, according to the submitted documents, but no further details were given.

In terms of energy, by the end of September this year, the energy sources for the winter must be secured, and the gas storage in "Chiren" must be at full capacity.

Technical work on the introduction of the euro has also been highlighted as a priority.

The program includes reforms in the justice system and the Ministry of the Interior. National security and the provision of funds in the amount of 2% of the gross domestic product for defense are also part of the measures laid down in the program. International relations and defense are merged into one section. Measures are listed in the fields of transport, regional development, agriculture, ecology, e-governance and culture.

Asen Vassilev is expected to participate in the meeting of the parliamentary committee on budget and finance today.

The executive bureau of the BSP is convening a National Council of the Left, which will be given information about the negotiations with "We Continue the Change".

Politics » Be a reporter: Write and send your article
Tags: Vassilev, Cabinet, We continue the change
Advertisement
Advertisement
Expats.bg All Are Welcome! Join Now!
Related Articles:
More from Politics