Boris Johnson is Fighting for his Political Survival 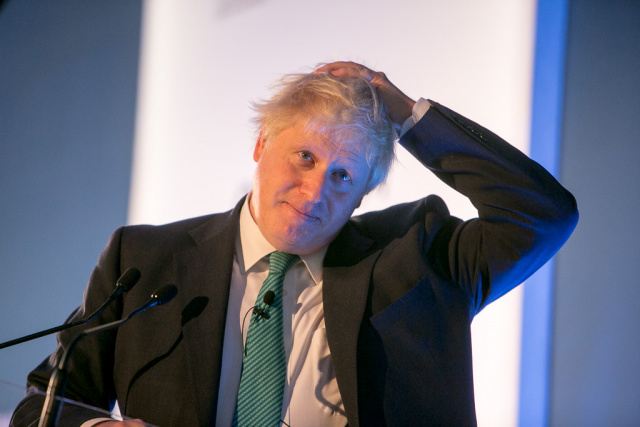 British Prime Minister Boris Johnson is fighting for his political survival after two of his top ministers attacked his leadership and resigned.

Chancellor of the Exchequer Rishi Sunak and Health Secretary Sajid Javid resigned within 10 minutes of each other, followed by an avalanche of deputy ministers and junior administrators. Cabinet critics said it was "the end" for the prime minister, while Labor said the party he led was corrupt.

Johnson has made it clear he plans to stay in office as he tries to strengthen his government with a cabinet reshuffle.

He appointed Nadhim Zahawi as the new finance minister, and the prime minister's chief of staff, Steve Barclay, became health minister in place of the departed Javid.

The British prime minister, facing the most serious leadership crisis of his tenure so far, will be under further pressure later today when he faces MPs for questioning.

He is also due to testify before the Liaison Committee, a group of MPs who scrutinize government policy and decisions.

Neither Mr. Javid nor Mr. Sunak have spoken publicly since they stepped down, but their resignation letters were highly critical of the prime minister.

Javid warned the leadership was not "acting in the national interest" and Sunak said the public expected the government to be run "properly, competently and seriously".

Opposition party leaders have called on cabinet ministers to join the pair in resigning, and Labor leader Sir Keir Starmer has said he is open to a snap general election. Conservative MP Andrew Mitchell told BBC Newsnight that it was "over" for Mr Johnson, saying "he has neither the character nor the temperament to be our Prime Minister" - and the only question is how long will his reign continue.

No Tory MP has so far spoken out against the prime minister and several ministers have rallied around the prime minister, including Foreign Secretary Liz Truss - one of the potential contenders to replace him as Tory leader.

She said she was "100% behind the prime minister" and cabinet ministers including Dominic Raab, Michael Gove, Therese Coffey and Ben Wallace also indicated they would remain in the government.