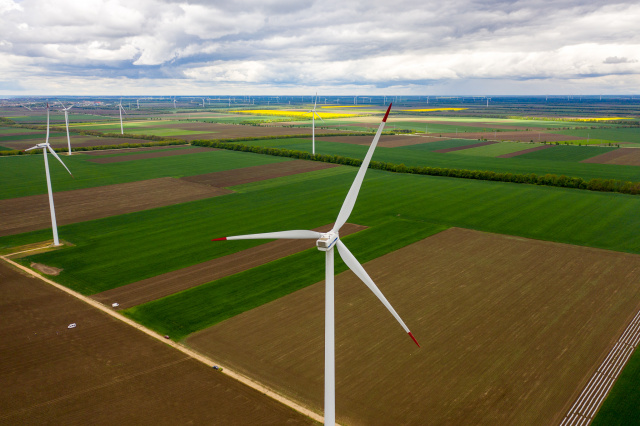 For this period, the largest wind farm in Bulgaria provided the power consumption of 116 000 Bulgarian households

In the first six months of 2022, St. Nikola Wind Farm has registered a growth of over 22% of the generated electricity year-to-year. From January to June, the wind farm has produced 210 355 MWh of green power compared to 172 000 MWh in 2021, according to an analysis of the production data of the largest wind farm in Bulgaria.

The electricity generated by St. Nikola Wind Farm in the first half of the year is equal to the average consumption for 6 months of 116 000 Bulgarian households. Thus, it can be said that thanks to St. Nikola Wind Farm, in the first 6 months of 2022, the households in the Municipality of Varna have used only renewable energy and have been carbon neutral regarding their electricity consumption. This is another step towards the greener energy future of Bulgaria.

St. Nikola Wind Farm has 52 wind turbines with a total installed capacity of 156 MW and represents over 20% of the total installed wind capacity in Bulgaria. The wind farm supports the fulfillment of the commitments before the EU for a share of RES in the total energy mix, and helps the Bulgarian policy to combat climate change.