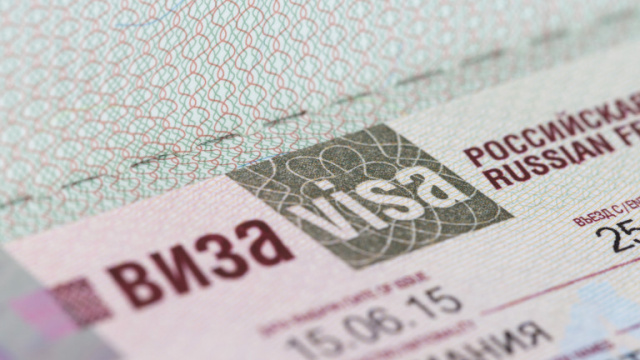 Russia has stopped issuing tourist visas from Bulgaria, BNR reported. In practice, this limits the possibility of Bulgarian citizens to travel to Russia. The Embassy of the Russian Federation only issues visas for immediate relatives, the national radio clarifies.

There is no information on the website of the Russian Embassy in Bulgaria about the suspension of issuing tourist visas. Travel to Russia takes place through tourist, humanitarian, business, educational, work, etc. visas.

Diplomatic tensions between Bulgaria and Russia escalated after the government in Sofia decided to expel 70 employees of the Russian diplomatic mission. Russian diplomats and officials left for Moscow on Sunday. This happened with two planes of the "Россия" airline company, which the Bulgarian authorities allowed to land in Sofia to take the diplomats home.

At the end of last week, the Russian ambassador in Sofia, Eleonora Mitrofanova, issued an ultimatum to the Bulgarian authorities to reverse their decision by 12 o'clock on Friday, failing which she threatened that Russia would close its embassy in Bulgaria.

Prime Minister Kiril Petkov rejected Mitrofanova's request, saying that "we will not allow foreign diplomats to issue ultimatums until 12 noon."

Kiril Petkov explained that the reason for the expulsion of the employees of the mission is that they work against the interests of Bulgaria. "I can say that a large number of them worked directly for foreign services and their diplomatic role was only a cover," said Petkov.

The decision of the Bulgarian prime minister led to tension with the coalition partner BSP, who set a condition for participation in a future cabinet if Petkov is not prime minister. It was accepted by "We Continue the Change", who received an exploratory mandate to form a government with prime ministerial candidate Asen Vassilev.