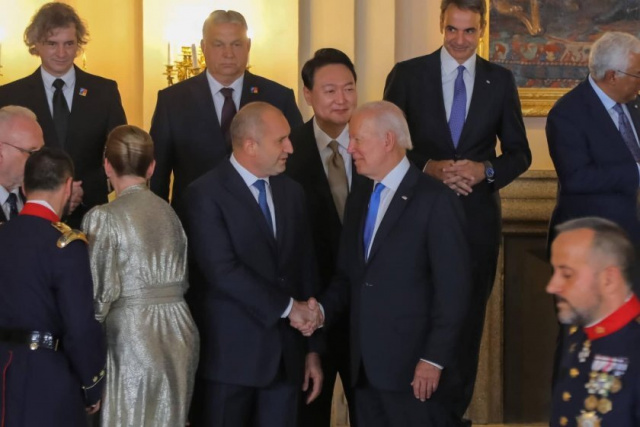 Head of State Rumen Radev sent a congratulatory address to US President Joe Biden on the occasion of Independence Day - July 4. "As strategic allies, our two countries cooperate effectively in efforts to address regional and global challenges," states President Rumen Radev in his greeting to his American colleague, in which he wishes him good health and successful work for the welfare of the American people.

Rumen Radev emphasized the meaningful bilateral agenda in areas of mutual interest such as security and defense, law enforcement, fight against terrorism, economy and trade, culture and contacts between the peoples of the two countries. In his letter, the Bulgarian president welcomed the US support for increasing energy security and modernizing the Bulgarian armed forces. The importance of the strategic partnership between Bulgaria and the USA in a number of areas, especially against the background of the collapse of the international security system as a result of Russia's war against Ukraine, is also highlighted in the letter of the head of state.

"Bulgaria and the USA can do a lot more to develop the full potential in their relations," Rumen Radev points out and notes the acceleration of economic relations between Bulgaria and the USA in recent years. The President also emphasizes that among the immediate priorities is the introduction of a new impulse in the strategic dialogue between the two countries, including through the accession of Bulgaria to the Program for visa-free travel of the USA and the conclusion of a bilateral Agreement on social security.