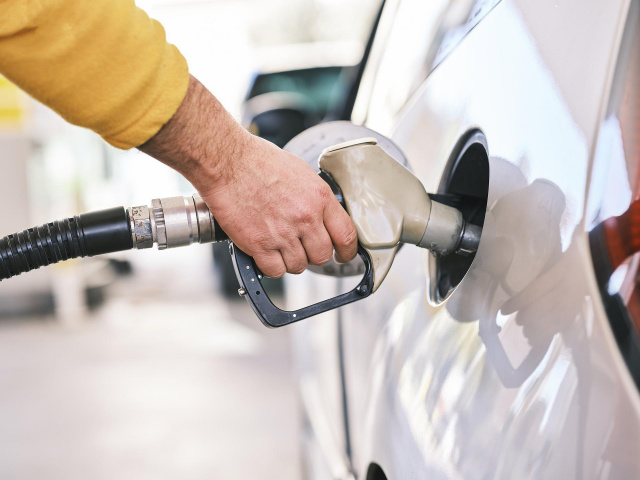 Ivan fills his car with diesel. "My car is a company car and I fill up with company fuel, so basically with or without the 25 cents, it doesn't matter," he said.

Martin drives his car every day and hopes the 25 cent discount will pay off. Regarding the discount, which was supposed to take effect from July 1 but is not yet a fact for the end-user, he said: "I guess it has to be made public and then it will go live, it probably takes time purely technologically."

According to him, high fuel prices are not pleasing to anyone and are well above what they should be realistic.

Plamen believes that the discount will not be enough. According to him, fuel prices have already risen by more than 50 cents and a discount of 25 cents will not help anyone. "It's getting meaningless and needs to be updated," the man said, stressing that "this is what happens at the last minute when things are decided and delayed and people suffer as always."

He shared that he was filling his car with gas. "But in general, 500 km per month is not too much, but for people who work professionally, it will really make a big difference for them," said Plamen. He shared that he does not use public transport, but would consider this alternative option.

Georgi drives daily and also fills his car with petrol. "It's kind of a measure, I think it's going to hit every normal person's pocket anyway, so it has to be affected in some way," he said. “At the moment they are trying to create an additional political crisis, which is happening, and this is reflected in general terms so that each of the decisions is boycotted. There will be some stumbling block, a delay, but I am a positive thinking person and I think that the common sense of every one of the people living in Bulgaria should prevail”, said Georgi. He specified that he uses public transport from time to time when he has to.

We remind you that from July 1 this year the reduction of 25 cents in the price per liter of A95 gasoline and per liter of regular diesel was accepted. However, the discount for consumers has not yet come into effect and they continue to fill up fuel without it having a beneficial effect on their budget.