DB met with “We Continue the Change”: It is Important to Stabilize the State within the First Mandate 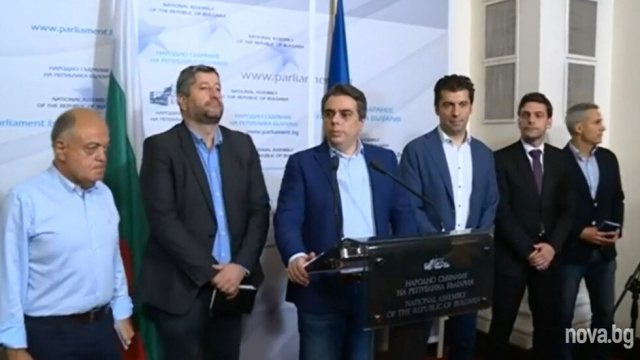 "We Continue the Change" and "Democratic Bulgaria" gave a briefing after the meeting between the two formations about the priorities of a possible next administration with the mandate of WCC.

“It is important for us to stabilize the state within the first mandate. We must approach responsibly to prevent division in society and fourth consecutive elections”, said the leader of DB Hristo Ivanov.

“We will participate with all the resources we have”, he committed. He added that they thanked Kiril Petkov for what he has done in the last 6 months, which gives a very good basis from which to continue.

“The program was discussed, sharing the appreciation of setting out on a clear program that sets priorities. We added constitutional reform, energy independence, Schengen and the Eurozone as topics. Also strengthening the "Security" sector and modernizing the army. To the topic of education, we would like to add more active activity in terms of cultural activity and demographics.”

Hristo Ivanov said that he leaves the meeting with optimism, and that pushing the country towards elections is irresponsible and will be punished by the voters. “For me, this is the most important priority, no matter how complicated it is, the mandate holders will succeed”, said the co-chairman of "Democratic Bulgaria".

“A much better cabinet construction is now expected to be built. We have not drawn red lines, we believe that keeping those commitments to the Bulgarian voters, we must necessarily be able to combine the change with a meaningful dialogue on national topics and transparency.”

Asen Vassilev said that they will talk tomorrow afternoon with the deputies from “There Is Such a Change”, who have separated from the parliamentary group. “Structure and staff have not been discussed”, Vassilev added.

Earlier today representatives of BSP and “We Continue the Change” met to discuss future government priorities.