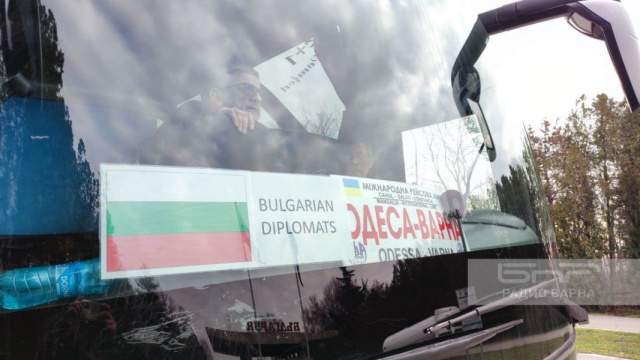 The first evacuated Bulgarians from Ukraine arrived in the country. They passed passport control at the Durankulak border checkpoint.

The Ministry of Foreign Affairs pointed out that a total of 60 people, including Ukrainian citizens, were traveling in the bus, which left Odessa.

First Bus for Evacuation of Bulgarians has arrived in Odessa, Fortifications being Built at the entrance of the City

Minutes after arriving in Bulgaria, the driver of one of the buses said that everyone was very happy to be in Bulgaria.

Among the passengers are Bulgarian citizens, as well as ethnic Bulgarians from Ukraine. They thanked the Bulgarian authorities.

The evacuation of Bulgarians from Kyiv begins today. Four compatriots will be waiting for our compatriots in front of our embassy in Kyiv. They can accommodate about 250 people.