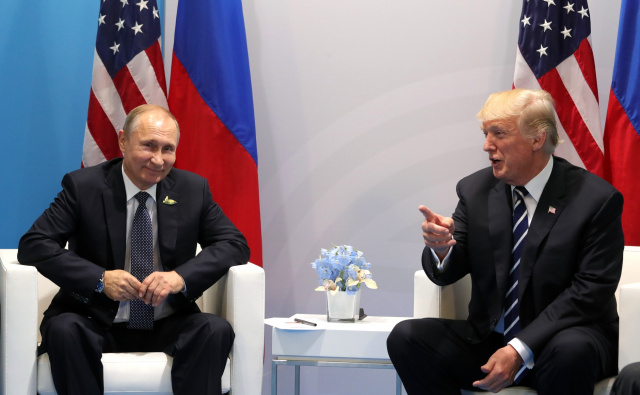 Recognition of the ‘republics’ in Donbas is a ‘genius’ move, ‘cunning’ and ‘very wise’. Donald Trump, who held the presidency in the United States until a year ago, said these words in an interview with The Clay Travis and Buck Sexton Show - a conservative radio talk show by a former Fox presenter.

“Yesterday I went somewhere where there was a TV screen. And I said: this is ingenious! Putin declares much of Ukraine - independent. Oh, that's great. How cunning this is! He will come in and be a peacemaker. This is the most powerful peaceful power. We can use this on our southern border. The greatest peace force I've ever seen. There were more tanks than I've ever seen in my life. They'll keep the peace,” said Donald Trump, former President of the United States

Trump - who is still influential in conservative circles and who has already stated that he thinks about a 2024 candidacy - was known for his sympathies for the Russian head of state, and because of them, accusations that he is not firm enough despite accusations of Russian interference in the election that won the presidency.

Trump later issued a statement blaming the Biden administration for the crisis because Russia had become ‘very, very rich’ during his time. “There is no reason why the current situation in Ukraine has happened at all.”