Bulgarian Prof. Argirova: The Next Easing of the Measures may be Delayed 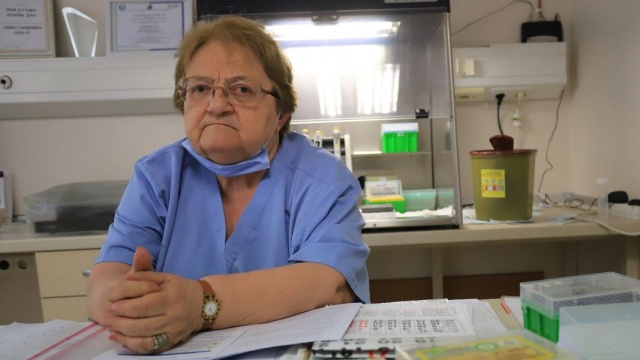 After seeing the data, the “Vazrazhdane” (Revival) political party said: “you should still organize a communication campaign for the vaccines against COVID-19”, said Prof. Radka Argirova, virologist and adviser to the Prime Minister on the pandemic.

According to her, at the last meeting of the working group for the green certificate, which was formed at the request of “Vazrazhdane”, two of their seven representatives appeared.

“I know why they did not come, but they know very well what the data and trends are and to stand on such an opinion that despite everything the green certificate should be revoked ... these are people who have not seen the sick, they are in offices not have seen what is happening with the health care system in these months!”, Prof. Argirova was indignant.

The first meeting in this format failed after the party insisted on broadcasting the meeting on social media.

According to her, there is absolutely no connection between the announced abolition of measures in three steps and today's protest of “Vazrazhdane” against the certificate.

COVID-19 in Bulgaria: Easing of Measures begins on Thursday

According to the virologist, the decision was made after analyzing all the data, which are summarized on a 14-day basis. A downward trend in the number of infected has been established, although it still remains high - over 1,000 per 100,000 population, said Prof. Argirova and added that mortality and number of occupied intensive care units are still high. However, if an alarming trend emerges in the coming weeks, the next easing of measures could be delayed, she said, reiterating the low number of hospitalized and dead that were vaccinated, which she said proves the effectiveness of vaccines against severe infections.

She did not deny that none of the conditions announced in advance by Kiril Petkov for the abolition of the green certificate were met (note: 60% vaccination coverage or less than 5% occupancy of intensive COVID wards), but said that she is hopeful the number of vaccinated to increase.

In this direction, a communication campaign has been launched, mostly with the participation of general practitioners, to promote the benefits of immunization against coronavirus among their patients. The campaign aims to refute the false claims about COVID vaccines, said Prof. Argirova.

According to her, the number of people immunized against coronavirus in our country is 29.7% and the goal is to increase them by at least 10%. Of the 800,000 doses given after vaccination was stimulated by the government, 9.5% are boosters, she added.

From Today: The EC Allows Issuance of a COVID Certificate after Antigen Test

Prof. Argirova commented on the EC's decision to recognize the antigen test along with PCR for certification, saying: “We recognized it more than a year ago and were the third country in the world to do so. Now in Europe, the recognition of the certificate is being considered. No matter how bad our health care system is, there are people in it who think, who work and even take preliminary steps,” Prof. Radka Argirova concluded.