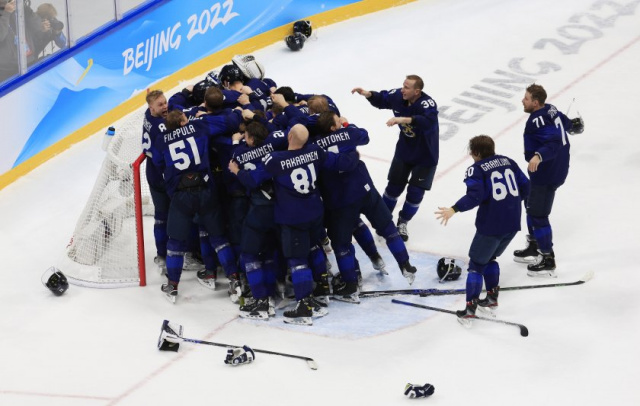 Finland is also rejoicing over the bronze medal in women's ice hockey won a few days ago.

The Russian team started the match very well. Striker Mikhail Grigorenko gave his team the lead in the 8th minute. Defender of Avangard Omsk Ville Pokka responded to the challenge for 1:1 in the 24th minute. At the beginning of the third part, however, Finland made a complete turnaround. Hannes Bjorninen deflected the shot of Marko Antilla for 2:1, which proved to be enough for the final success.

Prior to that, the Finns twice won silver medals at the Olympic Games (Calgary 1988 and Turin 2006).

Statistics from the match highlighted the superiority of the Finnish team, led by coach Jukka Jalonen, as they made 31 shots on goal against only 17 for the Russians.

On Saturday, the Slovakian team won the bronze medal after beating Sweden 4-0 (0-0, 2-0, 2-0) in the small final. 17-year-old Juraj Slavkovski scored two goals for the winners.

The Slovaks were considered outsiders in the race. They did not qualify directly for the Olympics but had to play an additional tournament at home. At the start in Beijing, they suffered two defeats - from the Olympic champion Finland with 2: 6 and from Sweden with 1:4.

But then the team of coach Craig Ramsey, who is an NHL Buffalo legend, wrote its icy tale.