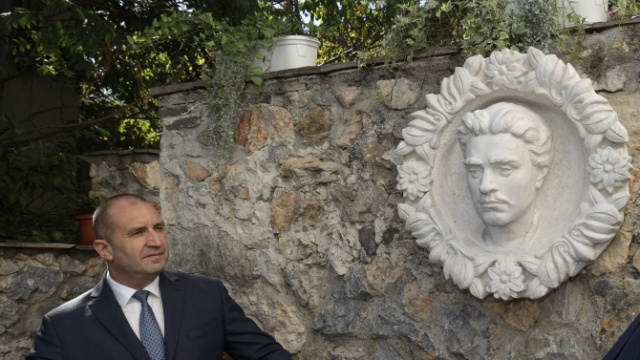 “We are 149 years away from the self-sacrifice of the Apostle of Freedom. To the man who gave his life to win over an entire nation.” This is what the head of state wrote on the occasion of the anniversary of the Apostle's death and added:

“Long before our Liberation, disobedient Bulgarians in spirit and will awaken the consciousness of our own statehood. The movement for modern Bulgarian education and the struggle for church independence spilled over into the nation's quest to reject the Ottoman yoke and resurrect Bulgaria.”

“A worthy son of his people, Vasil Levski dedicated himself to his Fatherland and sacrificed himself for its liberation. Having gone through the hardships of the Chetnik life, the dissolution of the First and Second Bulgarian Legions, Levski saw that our liberation movement could succeed only if it remained a purely national cause. That the national revolution cannot rely on chance, nor on external promises and dependencies.

An ideologue and organizer of the Internal Revolutionary Organization, Levski prepared the people not only for armed struggle but also for their moral growth. Because freedom can be available only to enlightened and spiritually elevated people, aware of their strength and dignity. That all may live in a free Bulgaria under pure and holy laws, as given by God to man; and for the Turk, and for the Jew, etc., it will be the same for all of them only if they recognize the laws equally with the Bulgarian.”

“Levski did not allow either its undisputed authority in the national liberation movement or anyone's claims to impose themselves and appropriate the people's cause. A staunch Democrat, the Apostle of Liberty followed, like everyone else, the consensus. And if he never doubted that the path to freedom would not be short and would require both will and sacrifice, he always put himself first.

‘A purely popular man fights, while he can…if he fails… he must die in his national work,’ was his belief. And following these principles to the end, he stepped with his death into immortality.”

“Levski's testaments still awaken the minds and shock the conscience of the Bulgarians. And every generation, year after year, measures itself and what has been done with the moral growth of the Apostle.”

“That is why our respect for Vasil Levski requires not only humility before his death, but also courage to follow him in his deeds. History will not forgive us if we do not return to the pure and holy republic that bequeaths us. If, as a society, we do not believe that everything consists in our united forces and even the strongest element cannot resist them. If we do not persist in the people's cause and do not follow the people's will to the end.

Gathering strength and intransigence, dedication and wisdom, sacrifice and unprecedented moral purity, Levski remains our moral judge and an eternal symbol of faith in our own abilities, Bulgarian dignity and independence.

A homage to the Apostle of Freedom!”