Bulgarian PM on Schengen Membership: EU doesn’t Trust us because we Lied to them over the Years 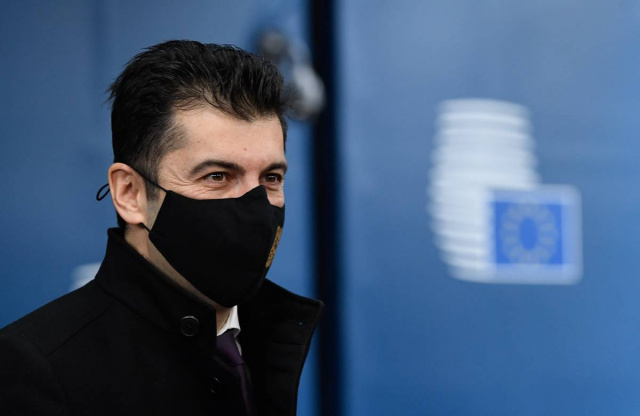 Bulgaria will have to build trust with its European partners in order to enter the Schengen area. This was stated by Prime Minister Kiril Petkov after a meeting with the Prime Minister of the Netherlands Mark Rutte.

According to him, our country has nominally met the requirements for entry into the Schengen area, but now the issue is to comply effectively - we must really stop smuggling and improve border control.

“They know we're nominally there, but they don't believe us in the content, and now the point is to reverse that rhetoric. They don't trust us because it turns out that over the years, many of the things we promised them we actually lied about. Now we have to build and show confidence. The new Bulgarian government will show that it is doing what it promises.” said Petkov.

He promised that the government will start a serious dialogue on the issue and will work as a priority in areas where our partners see deficits. The Prime Minister pointed out that compliance with the requirements for Schengen membership works in the interest of Bulgaria, and the government has received a vote of confidence from its European partners.

The prime minister is in Brussels for the second day, attending a summit of European leaders on the crisis with Ukraine.

Later, Kiril Petkov will join the security conference in Munich.

At yesterday's summit, the Bulgarian Prime Minister promised that from now on Bulgaria will be an ally that will not make surprises.

“Yes, everyone looks at their national priority, but in general, what we say and what we understand, they can count on us to do.” - he said.

Our country stands firmly behind the EU's unified position on Ukraine and the attempts to de-escalate tensions through diplomacy.

During his visit to Brussels, Kiril Petkov also held a series of bilateral meetings.

Macron is ready to Support Bulgaria’s Rapprochement with North Macedonia

Last night, he spoke with French President Emmanuel Macron and German Chancellor Olaf Scholz. Possibilities for cooperation in the fields of nuclear energy and rail transport with France and the construction of highways with Germany were discussed. Bilateral working meetings are forthcoming.

Kiril Petkov also had a conversation with the President of Egypt, who expressed interest in Bulgarian production in the field of the defense industry. The two discussed the possibility of Bulgaria selling its production to Egypt without intermediaries. For his part, the Egyptian president said that our country can buy liquefied natural gas from Egypt.

Bulgaria is about to invite a government delegation from Cairo to get acquainted on the spot with the products in the field of the defense industry.

The Bulgarian Prime Minister discussed the fight against corruption with the President of Rwanda Paul Kagame. The African country has achieved significant success in this area and is currently at the forefront of the rankings ahead of Bulgaria, said Petkov.

Kagame congratulated him on his will to fight corruption and advised him to target the big corruption bosses.