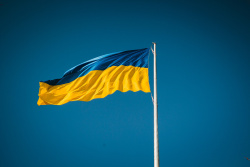 Finding a Path for Peace and Neutrality in Ukraine by David C. Speedie

The backdrop to the current “crisis” over Ukraine—real, imagined or exaggerated—is the snarling confrontation of NATO and Russian forces in a sweeping arc from the Baltic to Black Seas. This standoff in turn is attributable to the expansion of NATO to Russia’s borders, beginning in 1999 with the inclusion of the Visegrad countries: Poland, Hungary, and the Czech Republic.

In addition to the military/security concerns of NATO forces on its doorstep, the reasons for Russian neuralgia at this enlargement of a military alliance forged in a Cold War no longer extant are well known: reneging by the West on what was at very least a handshake agreement that NATO would not expand “one inch to the east”, in exchange for Russia’s acquiescence to German unification; refusal to take seriously Russia’s proposals for a new post-Cold War European security architecture that would include Russia and its erstwhile adversaries; refusal also to consider NATO membership for Russia; and, underlying all this, a barely disguised, U.S.-orchestrated triumphalism in a decade of the 90s of Russia “in extremis” [an attitude that in the current environment is proven to be myopically ill-advised].

There are, however, at least two other areas of unforeseen consequence of NATO enlargement, both of which relate to the internal comity of the alliance itself. First, one of the rationales offered for expansion was that NATO would bring to the “New Europe” [as Dick Cheney dubbed it] not just a military security blanket but the gift of democratic governance and rule of law enjoyed in the west. [Some of us argued at the time that if this was to be the reward for Warsaw Pact states that had suffered under the communist yoke, who had suffered more over the past eighty years than the people of Russia?] If, however, we look at today’s Poland, Hungary or Slovenia, we see concerted, disturbing attacks on an independent media and judiciary. This is, of course, primarily an EU, not NATO issue—the ruling Law and Justice Party in Poland has challenged central aspects of EU laws and regulations to which it willingly signed on—but again, an embrace of and adherence to western-style democracy was inherent in the justification of NATO expansion.

Second, and perhaps more to the point in terms of NATO’s core raison d’etre, there is significant division within the 30 members over the situation in Ukraine, and over relations with Russia. One the one hand there are the Baltic states, Poland and Romania, hard liners all, willingly absorbing more NATO materiel and boots on ground [there was a major infusion of U.S. troops to southeast Poland this week] and, in the cases of Poland and Romania, sites of the missile defense systems that are of greatest concern to Moscow. On the other is Germany and France, the former with a major economic stake in the final disposition of the Nordstream 2 pipeline. France leads the push for diplomacy on Ukraine, and President Macron returned from meetings with President Putin bearing assurances of Russia’s continuing wish for a diplomatic solution for Ukraine; it is doubtful whether these would have been favorably received in Warsaw and Bucharest. There are also tensions within the “new European” states themselves, with Hungary’s Premier Orban’s flirtations with both Russia and China.

Finally, there is the strange case of The United States most resolute anti-Russian ally, the United Kingdom—still a member of NATO, but cut adrift from the EU. Whether the self-inflicted wounds from Brexit, notably in UK relations with France, will have any negative knock-on impact on intra-NATO relations, we do not know, but what we do know is the recent visit by UK foreign minister Liz Truss for talks with her Russian counterpart, Sergey Lavrov, went pretty disastrously: the kindest words the canny and seasoned Lavrov had to describe them were that “the British delegation arrived unprepared” [we should also note that if Boris Johnson is toppled by the Partygate scandal, the current favorite to succeed him as prime minister is—Ms. Truss.]

In sum, on Russia in general and Russia-Ukraine in particular, Europe is all over the place. My colleague Anatol Lieven has suggested that Macron could resolve Ukraine simply by saying that, for France, NATO membership for Ukraine and Georgia is a non-starter. This offers the prospect of a neutral Ukraine beholden to no great power military bloc, and in a position to enjoy mutually beneficial relations with both East and West. And to say that this action on France’s part would divide Europe is merely to restate what is already obvious.

This article was produced by Globetrotter in partnership with the American Committee for U.S.-Russia Accord. David C. Speedie, a board member of ACURA, was formerly senior fellow and director of the program on U.S. Global Engagement at the Carnegie Council for Ethics in International Affairs. Prior to this, he chaired the Program on International Peace and Security at Carnegie Corporation.

Articles in section 'Opinions' are published without editorial interference. Novinite.com does not explicitly share the opinions of the authors. You can send us your articles at editors@novinite.com