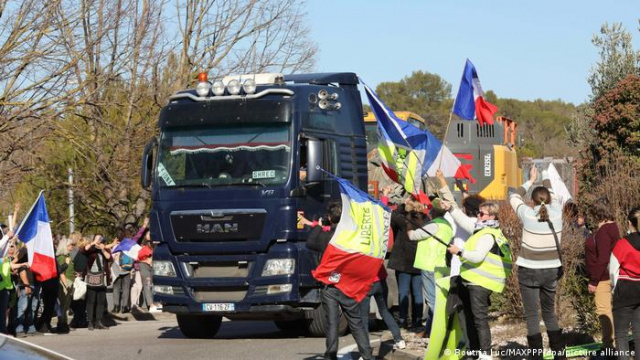 The European Freedom Convoy is set to block Brussels on February 14th and stage a protest against thousands of restrictions over COVID-19, Politico reported.

The aim is to completely paralyze the capital of Europe, according to the publication, which tracked encrypted correspondence in Telegram.

The police are fully prepared for possible riots. But they acknowledge that they are not fully aware of the protesters' plans. They cannot predict how many people will gather.

There are plans to gather demonstrators from all over Europe on Valentine's Day in Brussels. Tens of thousands of people have been preparing for the event for weeks, Politico reports. Through the Telegram, they plan their routes and raise money.

Protesters have not yet applied to the authorities in Brussels, as required by law, said Mayor Philippe Close.

Protests in the city are usually held in Schuman Square, where the European Commission is located, or in Luxembourg Square, next to the European Parliament. These places are the endpoints of demonstrators, who usually leave North Station and block traffic on the city's main arteries.

The European Freedom Convoy is inspired by similar movements in North America and Australia. They believe that mandatory vaccinations and restrictions due to the coronavirus are illegal. Recently they paralyzed Canada.

Far-right groups from France and Germany have taken part in previous similar protests in Europe, Politico reports. They used the demonstrations to spread hate speech against immigrants, Jews and various minorities.