Bulgarian Constitutional Court Decided: The Minister of Justice may Demand the Resignation of the Prosecutor General 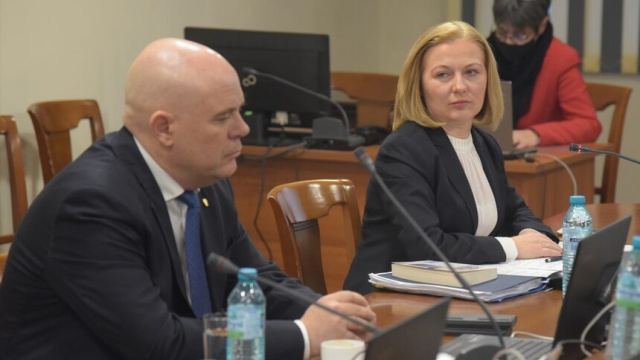 The Minister of Justice may make a proposal to the Supreme Judicial Council for the early release of the Prosecutor General, as well as to the chairmen of the Supreme Court of Cassation and the Supreme Administrative Court. This was ruled by the Constitutional Court on Tuesday. The decision was taken unanimously - with 10 votes in favor.

The case came after former Justice Minister Yanaki Stoilov asked the Supreme Judicial Council in the summer to remove Prosecutor General Ivan Geshev from office. However, the Council then accepted that the Minister of Justice did not have such power. Then Yanaki Stoilov turned to the Constitutional Court.

Here is the full text of the decision:

The adopted operative part of the decision reads:

Novinite.com reminds that the answer was awaited by the Minister of Justice Nadezhda Yordanova in order to submit a new request to the Supreme Judicial Council for the release of Ivan Geshev. Yordanova has repeatedly stated that signals have been received related to the activities of the Prosecutor General and they are already being worked on.

The issue before the Constitutional Court was raised by former Justice Minister Yanaki Stoilov, who is now a constitutional judge.