Bulgarian Professor: The End of the Fifth Wave of COVID-19 can be seen 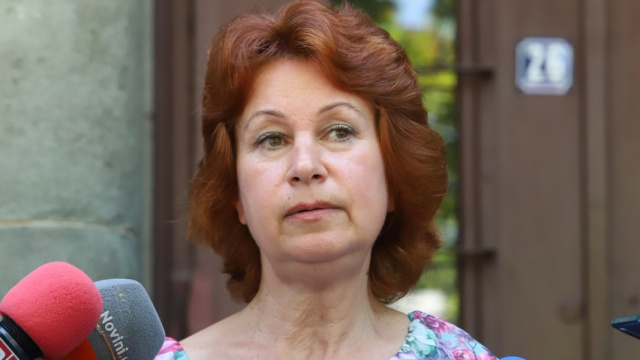 “There is hope and light - the end of the fifth wave of the coronavirus is visible”, said the director of the National Center for Infectious and Parasitic Diseases Iva Hristova.

According to her, there is a decrease in cases on a 14-day basis per 100,000 population. “It takes about a month - until the end of February, to drop the values ​​below 500 per 100 thousand on a 14-day basis. That means less than 2,000 new cases a day,” she said. She clarified that the new sub-variant of Omicron is not expected to change this picture. “The virus mutated, Delta had over 200 sub-variants. This version of Omicron is more contagious and easier to transmit,” Hristova said.

The New Sub-Variant of Omicron is Already in Bulgaria

Available vaccines and booster doses, however, protect us from severe disease. “From April, the wave will disappear. We expect months of calm, especially with the warming of the weather, the cases will remain low. The question is what will happen in the fall,” Hristova told bTV.

However, she is adamant that the pandemic is going to subside and become separate endemic nests of the disease. On another topic, Iva Hristova commented on an NCIPD agreement with the United States Army, which has been speculated online that it will include an experimental part. She categorically denied the allegations and said it was an agreement on controlling communicable diseases, financing and purchasing equipment and tests.