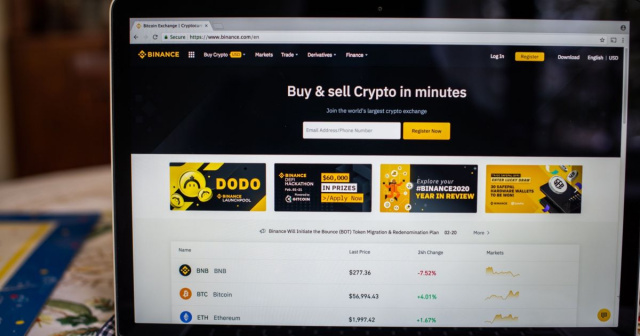 Nothing symbolizes cryptocurrency’s troubles with regulators as well as the travails of Binance, the world’s largest crypto exchange by volume. This past weekend alone, it ran into obstacles in Japan, the UK, and the Canadian province of Ontario.

On Friday, the Japanese Financial Services Agency issued Binance its second warning in three years that the company isn’t registered to operate in Japan. On Saturday, the UK’s Financial Conduct Authority (FCA) banned Binance Markets Limited—a British entity owned by the Cayman Islands-based Binance—from carrying out any “regulated activities” in the country. Customers can still buy and sell crypto on the parent company’s web site. But they cannot trade in Binance’s crypto derivatives—financial instruments based on the value of crypto—since derivatives-trading is an activity regulated by the FCA.

The same day, Binance decided to stop operating in Ontario, where authorities have issued notices to at least three other crypto exchanges over the past month, accusing them of failing to comply with regulations.

A worldwide crackdown on Binance—and crypto

Binance was already negotiating problems in other countries. In Germany, this past April, financial regulators warned Binance that it would incur fines for offering digital tokens that track publicly traded companies like Microsoft and Apple. Binance was selling these tokens without publishing an investor prospectus, as required by law—a violation that could invite a penalty of 5 million euros ($6 million).

Binance is also being investigated by the US Justice Department and US tax authorities, to determine if money launderers or tax evaders are able to use the exchange for their particular purposes. In 2019, 27.5% of all illicit bitcoin—bitcoin that went from criminal entities to exchanges—was received by Binance, according to a report by the research firm Chainalysis. No other exchange received more.

Binance’s worries are part of a larger regulatory crackdown on cryptocurrency. Major economies like China, India, Turkey, and Nigeria are planning to restrict, or have already curtailed, crypto trading. Authorities are wary of how exchanges may launder the proceeds of criminal activity, or aid tax offenders, or host the perpetrators of crypto scams. Between 2019 and 2020, the number of crypto scams rose 40%, and the fraud prevention company Bolster forecasts a 75% rise in 2021.

Crypto firms also have a tendency to try to slide under existing government regulations—a pattern that is exaggerated by the mismatch between the novelty of crypto and the relatively old-fashioned nature of financial laws.

Additionally, around 60% of central banks around the world are experimenting with “proof-of-concept” digital currencies, according to a study by the Bank of International Settlements. Countries that go on to adopt their own digital currencies are likely to see other forms of crypto as competing instruments that erode sovereign control over monetary policy. Binance’s skirmishes with regulators could be just a precursor to bigger Government vs Crypto battles to come./Quartz