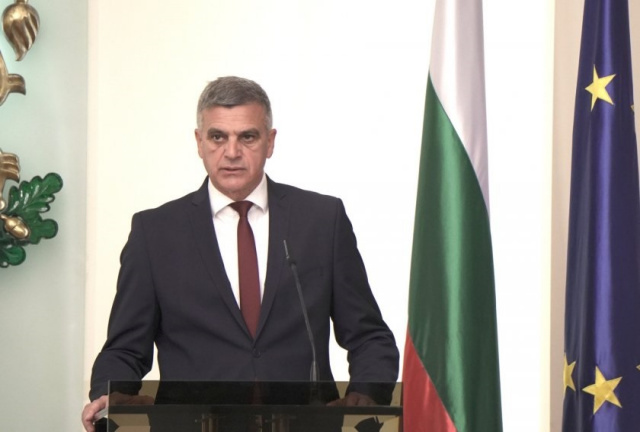 I hope that the atmosphere of trust and mutual respect of national interests continues in the direction of finding a solution, because the European perspective for the Republic of North Macedonia and that for the Western Balkans are in the interest of Bulgaria, the region and the entire EU. But all of this must happen within the rules and in a process of dialogue through which we can clear up things between us first, so that we do not leave unresolved issues in the European family.”

This was said by caretaker Prime Minister Stefan Yanev following his meeting with Prime Minister of North Macedonia Zoran Zaev, who was on an official visit to Sofia on 17 June.

Stefan Yanev added that Bulgaria's policy has been unwavering for many years now - the country is a staunch supporter of the European perspective for the Republic of North Macedonia, as well as for Albania and for the rest of the Western Balkans nations, on the road to accession to the EU.

According to PM Yanev, the two countries currently have “a window of opportunity” to work on unresolved issues, in particular the implementation of the Treaty of Friendship, Good-​neighbourliness and Cooperation, signed in 2017. Our goal is to create a favourable environment of trust and friendship, of honest conversation and of open dialogue, which would help our experts to come together and find the right solutions to be presented to the peoples of Bulgaria and the Republic of North Macedonia, so that the political leaderships of the two countries can arrive at the right decisions that would allow us all to move forward, Yanev said.

“The delegation of PM Zoran Zaev came with concrete suggestions, which we will discuss extensively and professionally today and in the coming days,” the interim premier added.