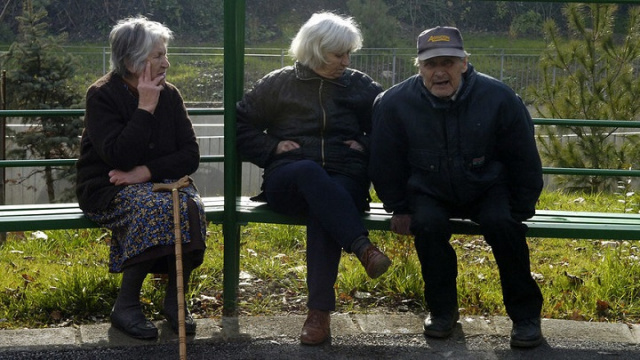 "Northwestern Bulgaria, the area around Sakar – Strandzha, the area around Kraishte and the Central Balkan Mountains – these are the regions where traditionally the processes of depopulation are observed ", told BNR Assoc. Prof. Nadezhda Ilieva from the "Economic and Social Geography" division (Bulgarian Academy of Sciences) commenting on the latest demographic survey in Bulgaria - "Regional demographic imbalances in Bulgaria" and the forecasts for depopulation in the next 20 years.

"We are talking about the whole region of the Central Balkan Mountains, without Veliko Tarnovo, as a depopulated region. According to our study, by 2040 our population will decrease to 5-5,200 million people, and about a quarter of the settlements will be depopulated. For those with a population of up to 20 people, this share reaches 37 per cent.

This group of settlements becomes prevalent for the country – this is the “demographic desert.” By 2040, 69 percent of Bulgaria will be occupied by such territories. In the next 20 years, only separate populated areas will remain – the capital city, the Plovdiv-Pazardzhik agglomeration, the main urbanization axes – Burgas and Varna too", explained Assoc. Prof. Ilieva

According to her, natural population growth will not be able to compensate for the demographic meltdown.

"In the coming decades, the struggle will be for the population. The cities that attract people will survive."

According to her, in recent years the mortality rate in Bulgaria is approximately 15, 5-15.9 per mille, while in 2020 we already have a mortality rate of about 20 per mille. Assoc. Prof. Ilieva pointed out that apparently these inflated indicators are because of the pandemic.