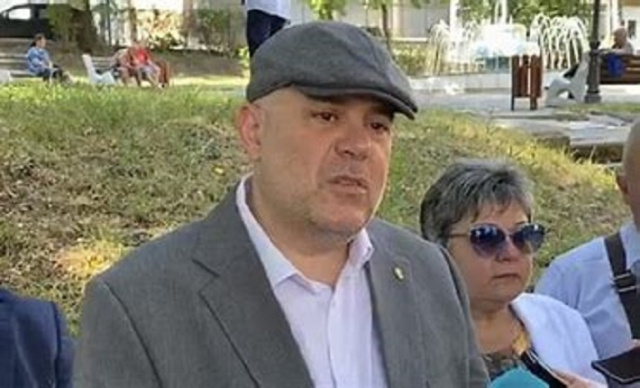 European Chief Prosecutor Laura Kövesi arrives in Bulgaria on Thursday (10 June) for her first mission abroad since the European Public Prosecutor’s Office (EPPO) was launched at the start of the month. The visit is rather surprising, because no program has been announced.

Kövesi has been highly praised among Bulgarians pushing for radical judicial reform and the resignation of current Bulgarian Chief Prosecutor Ivan Geshev. Activists hope that the EPPO will be able to tackle some of the country’s high-level corruption before elections scheduled for 11 July.

One of the biggest intrigues is whether Kövesi will meet with Geshev, seen by many Bulgarians as the guarantor of a status quo comfortable for the mafia, under which no major cases of corruption and abuse of power are investigated. On Wednesday, Geshev’s headquarters were blocked by protesters, and the prosecutor general made a visit in the province, preferring not to go to work.

Last week, the US imposed the heaviest sanctions under the Global Magnitsky act on two of Bulgaria’s richest and most influential people – Vasil Bozhkov and Delyan Peevski. The US accused Vasil Bozhkov of corrupting a current Bulgarian political leader but stopped short of naming the politician.

Bulgaria has been a member of the EU for more than 14 years, yet despite criticism from the European Commission and European partners, authorities in Sofia have failed to convict any top-level politician for corruption.

Kövesi is also expected to speak about Bulgaria’s incapacity to send good candidates to fill its quota of 10 delegated European prosecutors who will be tasked with investigating EU fund fraud.