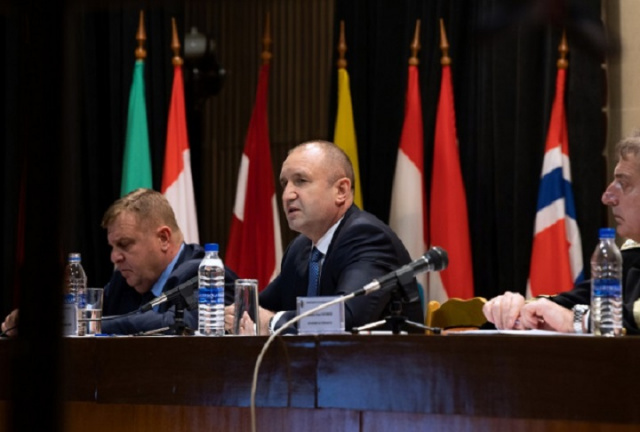 The visit of the mostly Turkish-Bulgarian Movement for Rights and Freedoms (MRF) representatives to Turkey, where they also met with President Recep Tayyip Erdoğan, has provoked serious tensions in Bulgaria one month before the elections in parliament.

Bulgarian President Rumen Radev sharply criticised the party, which is a part of the Renew Europe group in the European Parliament, for its strong nationalist rhetoric in favour of Turkey.

Karadayi should “recall the oath he took before the Bulgarian parliament”, as well as what the Constitution says about political parties not being allowed to be based on ethnic or religious grounds, the president added.

“We have one of the most democratic constitutions, which guarantees equal rights and does not divide by ethnicity, and political parties should not do that,” Radev said, noting that while Turkey remains a good neighbour, important partner and ally, relations with the country need to be based on equality, respect and non-interference in internal affairs.

“This land is our land. We are not immigrants here. Turkey is our homeland. We stayed there [in Bulgaria] after the Ottoman Empire, our battle is in defence of our Turkish identity, in defence of our language, religion and customs,” Karadayi told President of the Grand National Assembly of Turkey Mustafa Şentop, in comments quoted by the Anadolu agency.

The MRF leader, who complained about the double standards in Bulgaria, also said during his visit that he expects more than 50,000 votes from Turkey on 11 July, the agency reported. /Krassen Nikolov | EURACTIV.bg