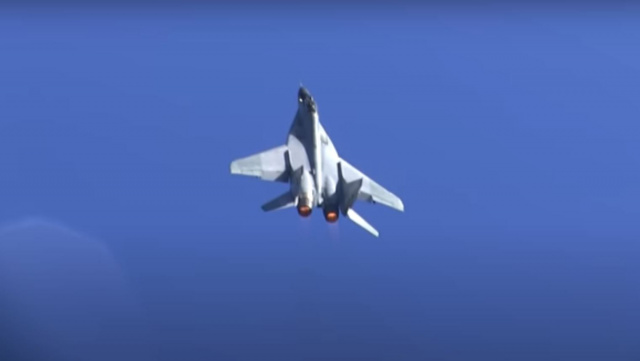 The life jacket of the pilot of the lost fighter was found in the sea today at about 10 o'clock, BNT reported.

The search for him continues. It involves forces and assets from the Navy, the Joint Special Operations Command, the Border Police and the Air Force.

The Minister of Defense Georgi Panayotov is on his way to the area of ​​the incident, as  the caretaker Prime Minister Stefan Yanev.

Helicopters and a drone are included in the search

"Everything we have is included in the search and rescue operation for the pilot. There is no signal from him, he has suddenly disappeared from the radar." said the Defense Minister, Georgi Panayotov.

"There are two frigates in the area of the accident, one minesweeper, on board there is a device for measuring the depth and respectively for searching for the remains of the machine. It is not located yet. Helicopters from the Air Force and Navy, including a drone, are also involved." said the minister.

This MiG-29 is one of the machines that were last delivered to Bulgaria from former USSR, ie 1988-89, and the life cycle expires in 2029-30. The machines are well maintained, he assured.

It is currently being clarified whether the pilot ejected. The minister announced that the fighter was alone, performing a task within the "Shabla 21" exercise - he fired at a target.

The caretaker defense minister said he did not want to speculate on the possible causes of the incident and wanted the facts to become clear before commenting. The Tactical Exercise with Combat Shooting "Shabla 21" has been suspended.

The national tactical exercise with experimental and combat shootings of the Bulgarian Army's air defense formations "Shabla - 2021", in which the MiG-29 incident took place shortly after midnight today, has international participation of aircraft from Serbia and US military.

From Bulgarian side, jet fighters from the Graf Ignatievo air base are participating, and from the three participants in total -  about 1,500 military personnel are involved.

Although the exercise flights are held over the sea, takeoffs and landings are made from Graf Ignatievo base.

The main goal of the exercise is to improve the interaction between the formations of the Bulgarian Army, which participate in a joint group, to conduct an operation to ensure the air and sea sovereignty of Bulgaria while covering the state border.