Slavi Trifonov Gave up on Running for Parliamentary Election 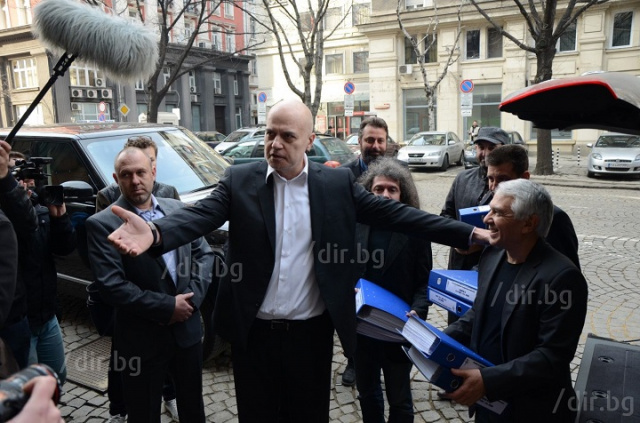 Leader of There Is Such a People (TISP) party Slavi Trifonov will not be on the party's list in the early parliamentary elections on July 11, he announced on his Facebook page on Monday.

"I will not run for a seat in the next Parliament, because I do not belong there. My job is to bear the responsibility for the people who are there, and what they do," Trifonov wrote.

"The notion of responsibility is foreign to the Bulgarian political life. To be responsible is very important on a personal level, but responsibility for others is sacred. Imagine what it means to be a politician. You must be the most responsible person on earth. But that's not the case in Bulgaria, is it? The latest developments have proven it clearly. This is how I live: I speak when I have something to say, I do what I deem morally right, and I try to bear my responsibilities with dignity."

"The fact that my colleagues and I founded TISP does not change a thing. On the contrary, we created a platform to attract
professionals, responsible people who have the will and courage to do what needs to be done," Trifonov's post reads.