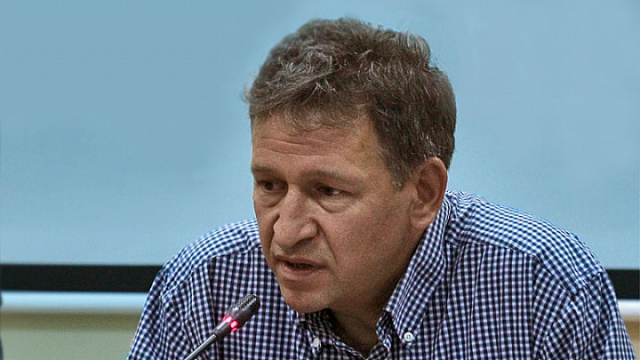 The management of Lozenets University Hospital (aka former Governmental Hospital)will be replaced because of multiple abuses, revealed caretaker Minister of Health Dr. Stoycho Katsarov at a briefing at the Council of Ministers. He pointed out that the health institution had "syphoned off the National Health Insurance Fund and performed illegal transplantations.

"Adetailed audit has been carried out at Lozenets Hospital following a journalistic investigation. The results showed that in November the hospital reported over 60 patients as being treated there who were not actually admitted to hospital. On the day the inspection order was issued, the hospital returned the money, explaining the incident as a technical error," Katsarov explained.

The health minister invited the director to a meeting, but in his words received unacceptable explanations.

"These are cases that are registered daily in the Health Insurance Fund. This is what is called “draining the Health Fund”in medical slang. In my opinion, this is absolutely unacceptable, especially for this hospital, which was one of the most supported medical establishments in the country," Katsarov said.

With this in view, the Health Minister has requested a report on the financial status of the medical institution. Lozenets Hospital has finished 2020 with a loss of over BGN 21 million.

"The number of beds occupied throughout the year was 23%. That is, out of 10 beds, 8 were vacant. Each of these incidents gives sufficient grounds for taking administrative measures. The NHIF has also referred the case to the Prosecutor's Office, as there have also been forged signatures", explained the Health Minister.

He said that between 2019 and 2021, 14 transplants were performed from living kidney donors. All donors are young people from Ukraine and Moldova.

"All recipients are "relatives" of donors from Israel, Japan, Germany, Oman and others. There are all reasons to believe that these people are not related to each other.

You know the law doesn't allow transplantations unless the donor and recipient are related. The Medical Supervision Agency has carried out checks and received information from the respective countries that these are false identities, but absolutely no reaction followed," Katsarov added. When a transplant was performed in April from a deceased donor, a “jump-the-line” situation was registered. Instead of transplanting the first on the list, his place took the fourth, which held a very high position in a state administration.

After all these disclosures of abuse, Katsarov has decided to relieve of their posts the top management of Lozenets Hospital as of today. The director of medical supervision is also replaced.

An inspection is underway at Lozenets Hospital, but some of the documents are missing. According to the Health Insurance Fund, they are forwarded to the Prosecutor's Office.

"We will check other hospitals for similar malpractices. We have good reason to believe that this is not the only case when the fictitious activities have been reported. It will be the same everywhere," Dr. Katsarov said.