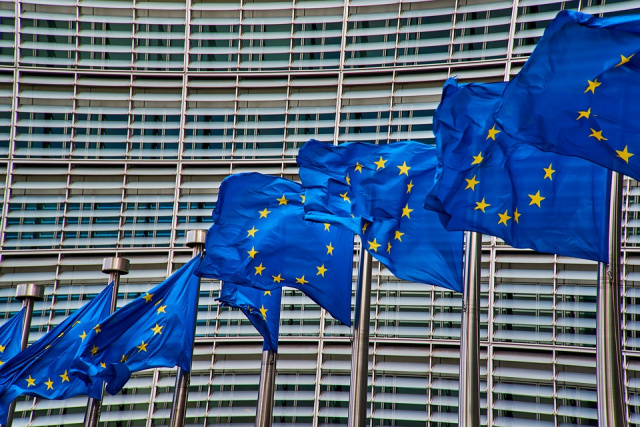 The European Commission has confirmed that it received a letter sent earlier this week from Bulgarian MEPs from GERB-UDF / EPP, commenting on the actions of the caretaker government.

"We will respond, as always, in a timely manner and through appropriate channels," EC Justice Spokesman Christian Wiegand told BTA. "We will not comment on domestic political events," he added.

The spokesman added that the commission closely monitors all developments in our country, including in the framework of the annual reports on the rule of law in the EU. As BTA reported, MEPs Andrey Kovachev, Andrey Novakov, Eva Maidel, Emil Radev, Alexander Yordanov and Asim Ademov sent a letter to all their colleagues in the European Parliament and to European Commissioners to acquaint them with the events in our country.

The letter states that "there is a caretaker government in the country, nominated by pro-Kremlin President Rumen Radev."

According to it, the main goal of the caretaker government is to hold fair and transparent parliamentary elections on July 11, although the Bulgarian Constitution does not limit the powers of such government.

Unfortunately, instead, the caretaker government acts as an election team for President Radev on the upcoming presidential election this fall stated the letter.

"The methods they use, unfortunately, are the same as those used by the communist police when repressing their political opponents."

In the letter the MEPs added that caretaker Interior Minister Boyko Rashkov had made "threatening remarks" to his opponents and journalists, using the words "former people" - a term used by Bulgaria's communist regime to denote opponents of the communist dictatorship. The appointment of Elena Ficherova as the chief of staff of the caretaker Minister Rashkov is also noted.

The change in the management of SANS was also mentioned in the letter.