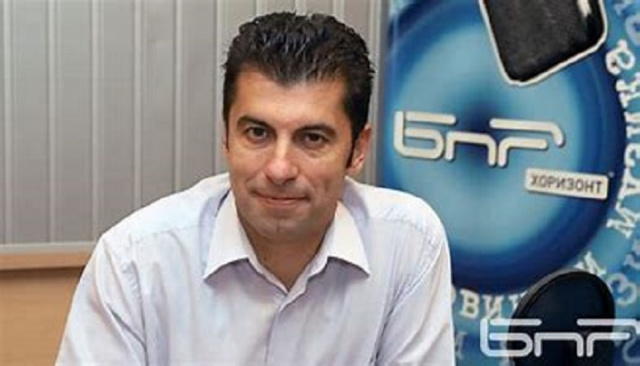 The Management Board of the Bulgarian Development Bank (BDB) Monday refused to provide the bank's audit committee with information on the BDB's credit files, caretaker Economy Minister Kiril Petkov told reporters on Tuesday. In his words, the refusal read, "The information on the credit files is ready, but we will not give it to you."

The Minister described this as a violation of the Independent Audit Act and said he will refer the matter to the Bulgarian
National Bank. The central bank has been fair in this process so far, he noted.

He expressed the hope that the audit committee would have access to information on the credit files, as permitted by law, by the end of the day.

Shortly after he stepped in office as caretaker Economy Minister in early May, Petkov said he was shocked to find that eight
companies had received a total of 946 million leva in loans from the BDB. He argued that was at odds with the BDB Act and the
Bank's Statutes, since the BDB is supposed to lend to small and medium-sized businesses. He called a meeting of the BDB
Supervisory Board last week to discuss these hefty loans, but two  out of the Board's three members refused to attend. Petkov
then proposed to the central bank to dismiss them.

At Tuesday's briefing, Petkov stressed that from what he has seen so far, it is clear that the BDB is stable. "It is even too
liquid, but our problem is that we want to know if these loans are being used for a specific purpose, under what conditions, to
make sure that they are extended in a way that corresponds with the market, under the right conditions, that the collateral is
there," he explained.

The aim is for the bank to work perfectly by the end of this term, the Minister added, pointing out that this means that rules for bank loans to small and medium-sized companies should be indicated on the BDB website. According to the Economy Minister, the BDB can and should have liquidity as a "great tool for small and medium-sized enterprises". He added that his goal, which had also been discussed with the Minister of Finance, is to immediately bring all of the bank's liquidity to help this type of enterprises as part of the measures currently needed to restore the economy.

Petkov called on companies that have been denied loans to alert the Ministry.

Taking a question, the Minister said that the new statute of BDB, elaborated by the Ministry, should be proposed to the
Bulgarian National Bank (BNB), adding that he hoped there would be no similar situations to Monday's refusal to supply data. The
BNB must evaluate the statute within ten days, the Minister said, specifying that there is no set deadline for the BDB
Management Board to submit the statute to the central bank. Their role is to present it to the BNB, the Minister added.

Asked about his proposal to the BNB to have the BDB Supervisory Board replaced, Petkov said that he had submitted the proposal "in order to have the greatest opportunity for supervision". BTA