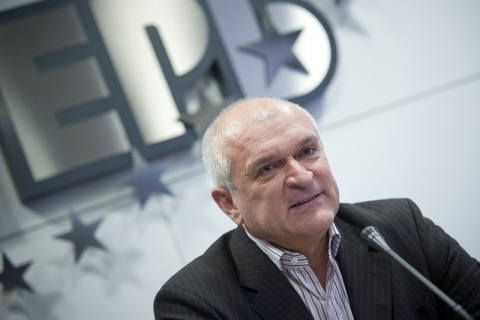 Bulgaria's opposition GERB party is discussing the option of organizing a unified anti-government rally, together with all groups calling for the cabinet's resignation.

The center-right GERB MP Dimitar Glavchev stated that his party would support everyone with legitimate proposals and determination to resolve the political crisis in the country.

"We support the legitimate requests of the Sofia University occupiers. If those in power had listened to the repeating calls for resignation, we would not be in the current situation", Glavchev said, quoted by the daily Trud.

The opposition MP believes the only solution lies in early elections, otherwise a Ukraine-like scenario could take place in Bulgaria.

Earlier, the leader of GERB, former PM Boyko Borisov, expressed his support for the university occupiers on his Facebook page. Borisov asked the students to nominate their representatives, and to hold a meeting with the opposition, in order to discuss future steps.

On Friday, student groups launched another occupation of the Sofia University's rectorate building, calling for the resignation of Socialist-led government of Prime Minister Plamen Oresharski, the dissolution of Parliament and new elections.

A similar occupation took place in universities around the country in October and November of last year.