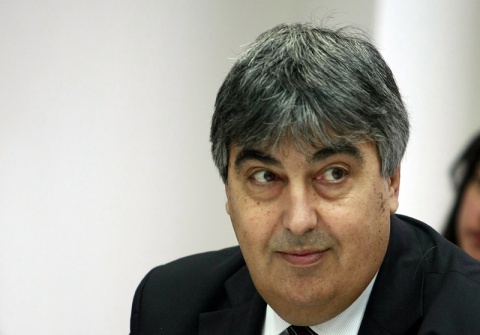 Center-right party GERB has demanded resignations at Bulgaria's Environment Ministry due to the infringement proceedings over the poor management of landfills.

On Thursday, Bulgaria was referred to the Court of Justice at the recommendation of Environment Commissioner Janez Poto?nik due to its failure to manage landfills in line with EU waste and landfill legislation.

Ivelina Vasileva, MP from GERB (Citizens for European Development of Bulgaria) and former Deputy Environment Minister, argued Friday that the lack of trust on the part of the EC had yet again been justified, especially as regards the sphere of environment.

Vasileva, as cited by dnevnik.bg, reminded that in less than a year Bulgaria had faced two trials at the Court of Justice which had been started during the term in office of the three-way coalition government.

She pointed out that the infringement proceedings coincided with growing fears of Bulgarians over legislative steps aimed at paving the way for construction works at the Strandzha natural park.

The MP from GERB pointed out that a spate of other infringement proceedings were expected, adding that they were the fault of "the very same people" who had held senior positions during the term in office of the three-way coalition government.

Vasileva insisted that Chavdar Georgiev, Deputy Environment Minister in charge of biodiversity and waste treatment, was to blame for the infringement proceedings launched over the urban development master plan for the resort of Tsarevo and for failing to come up with an appropriate response at the expiration of the deadline under the EU Waste Framework Directive in the middle of 2009.

She also drew attention to the fact that a total of 23 infringement proceedings had been launched at the beginning of the term in office of the center-right GERB government, adding that it was a clear indication of the lack of trust on the part of the EC and Bulgaria faced a series of penalties.

Vasileva warned that GERB would initiate a hearing of the Environment Ministry in Parliament over the matter.

GERB MP Silvia Hubenova explained in Parliament that the party demanded the resignation of Chavdar Georgiev, Deputy Environment Minister, and the entire political leadership of the Ministry of Environment and Water, while her colleague Stanislav Ivanov suggested that the entire Cabinet had to step down.

Ivanov stressed that when Bulgaria's EU funding under the "Environment" operational program had been frozen during Chavdar Georgiev's term in office as Deputy Environment Minister, adding that the man was politically convenient but no expert.