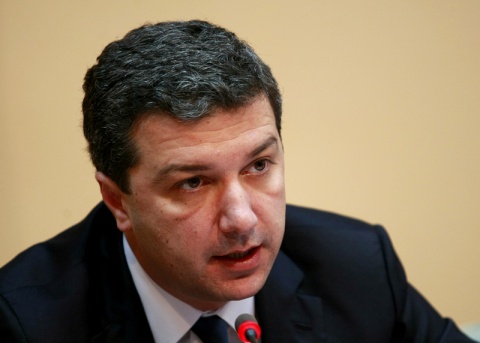 Bulgaria and Turkey are to sign an agreement stipulating concrete deadlines and parameters for the construction of the gas grid interconnection in March.

Speaking after a meeting with his Turkish counterpart on Friday, Bulgaria's Economy and Energy Minister Dragomir Stoynev made clear that state-owned gas transmission operator Bulgartransgaz would be in charge of the construction of the Bulgarian section of the gas grid interconnection.

Stoynev also informed that the project was to be completed in 2 years.

"We will set up a joint venture of the National Electric Company (NEK) and a Turkish company, which is yet to be registered in Turkey, to facilitate exports of NEK. NEK is in a difficult state but it is improving and this is one of the ways to improve financial results," Stoynev added, as cited by the BGNES news agency.

"To us, Bulgaria is a strategic partner, not only a neighbor," said Turkey's Minister of Energy and Natural Resources Taner Yildiz.

Yildiz emphasized that Turkey would benefit from Bulgaria's long years of experience in developing nuclear energy and technical capacity and human resources.

He pointed out that the South Stream gas pipeline was important for Turkey, adding that the pipe crossed the country's Black Sea economic zone.

Regarding the construction of a nuclear power plant near Bulgaria's Rezovo, Turkey's Energy Minister made clear that no decision had been reached yet but the site was one out of five possible locations for the project.

He assured that all steps would be taken to guarantee maximum safety of the N-plant and that there was no reason to worry.