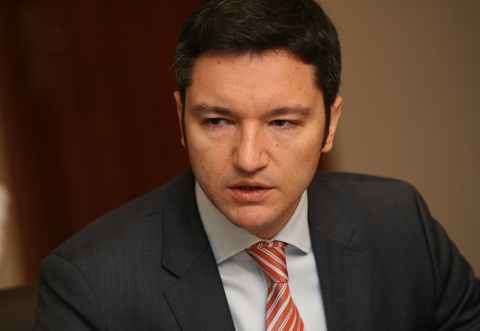 Speaking after a Tuesday meeting with his counterpart and host Igor Luksic, Vigenin noted that Montenegro's NATO membership would strengthen security on a national level and have a positive impact on the security in Southeast Europe.

Vigenin, as cited by the BGNES news agency, boasted that Bulgaria-Montenegro relations could serve as an example for all countries in the Balkan region.

Vigenin and Luksic signed a Memorandum of cooperation in the sphere of EU and Euro-Atlantic integration between the governments of Bulgaria and Montenegro.

Under the memorandum, Bulgaria is to provide assistance to Montenegro for its EU and NATO accession.

Vigenin reminded that Montenegro had started talks with the EU, adding that the new aspect of the negotiation process was the fact that the justice and home affairs chapter had been opened from the very beginning and it would stay open by the conclusion of talks.

He explained that the step was aimed at ensuring that countries made progress in these important spheres before their accession to the EU, thereby avoiding monitoring mechanisms of the type that were in force for Bulgaria and Romania.

Vigenin argued that the ongoing co-operation and verification mechanism (CVM) for Bulgaria helped it fine-tune and orient activities in the spheres of justice and home affairs.

NATO membership enjoys the same approval rate as EU membership among Montenegrins, according to local polls.

Montenegro's current government is a strong supporter of Euro-Atlantic values and works actively for Montenegro's bid to join NATO.

Vigenin declared that the foreign ministers of NATO member states had discussed the upcoming summit scheduled to take place in the UK this year.

"One of the topics on the agenda will be the extension of the expansion process. There are four candidate countries, one of them Montenegro. Many ministers, including Bulgarian ones, believe that Montenegro should become a member of NATO at the upcoming summit," Vigenin declared, adding that Montenegro would have to fulfill certain requirements.

Bulgaria's Foreign Minister informed that a report on Montenegro's progress by the NATO Secretary General would be published in early June, after which a discussion would be held on the concrete date and procedures for the country's accession to the bloc.

"It is important for Bulgaria that Montenegro join NATO as soon as possible because it will boost the security and stability of the Balkans" Vigenin said, adding that Bulgaria and Montenegro had agreed to organize political consultations between the two Foreign Ministries on the topic of NATO.

He also reminded that Bulgaria had signed an agreement with Montenegro on consular representation, adding that new countries had joined the agreement recently.

Vigenin explained that Bulgaria assisted Montenegro nationals in countries where it had diplomatic and consular representations, adding that Bulgaria was ready to discuss such proposals with other countries in the region.

Montenegro also seeks to join the EU but it has been told that it must do more to eradicate corruption and organized crime.

Over the past two years, the European Commission told Montenegro that it had to streamline its judiciary and strengthen the rule of law.

Montenegro is slowly emerging from the economic crisis. In 2014 and 2015, the country anticipates economic growth of 2-3%. Montenegro's government debt amounts to 51% of GDP and the average income is around EUR 480.