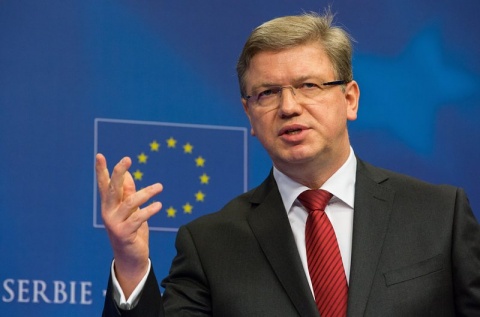 Fuele was present in Tuesday's meeting in Brussels, where Serbia's EU accession talks were officially given a start.

"Belgrade must continue to implement the Brussels Agreement and step up efforts aimed at reaching European standards, as well as carrying out reforms, particularly with respect to the rule of law", stated Fuele for the Tanjug agency.

The EU commissioner dismissed objections that the EU is placing more emphasis on the Kosovo issue than on internal reforms.

"On the contrary, internal reforms concerning the rule of law and establishing a market economy represent the essence of the accession talks", he added.

Fuele congratulated Serbia for the progress made so far, and called this a "historic day on the way to the EU".