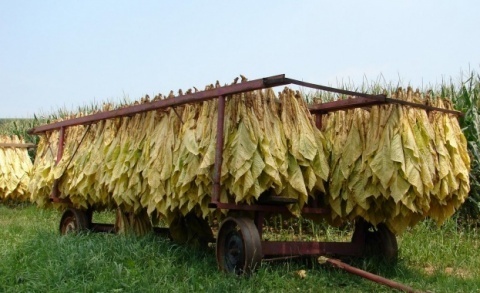 Disgruntled tobacco growers from the Gotse Delchev area are unwavering in their protests, says the Mayor of the local municipality of Satovcha, Arben Mimenov.

Speaking for the public radio BNR Saturday, he explained the fate and the pure survival of people were at stake.

The Mayor stressed that according to estimates of the Institute for Tobacco and Tobacco Products, one kilogram of tobacco costs BGN 12, while currently tobacco growers are forced to sell it for below BGN 5 to company purchasers.

According to him, the village of Valkosel produces one third of all tobacco in the municipality of Satovcha, about 500 tons, and not a single kilo has been bought to date.

Mimenov says the goal of the companies that purchase tobacco is to push people to the wall and then buy their crop for pocket change.

"The other way is to seek subsidies from the State. But the State, with its limited budget, does what it can do. We do not want handouts, but real pay for our labor, moreover experts say that the quality of tobacco is much better than last year," the Mayor pointed out.

Disgruntled tobacco growers have been staging protest rallies blocking the road to Gotse Delchev and Drama (Greece). Some have even stopped their children from attending school in sign of protest.

They insist on prices of no less than BGN 6.50 per kilogram. Tensions among them escalated after the first days of the new year, when the belated purchase campaign finally began, but at a much lower price than expected - about BGN 5 per kilogram.