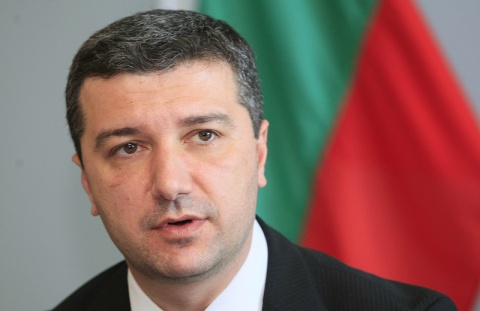 Three agreements were signed Friday between the European Bank for Reconstruction and Development (EBRD) and Bulgaria's Ministry of Economy and Energy.

An agreement between the EBRD and the Energy Efficiency and Renewable Sources Fund was signed by Bulgaria's Economy and Energy Minister Dragomir Stoynev and Vince Novak from the EBRD.

The state-owned Maritsa Iztok Mines also signed an agreement with the EBRD which will allow he coal mining company to buy new excavators.

The third agreement with the EBRD envisages the upgrade and expansion of the SCADA/EMS systems and the provision of software securing for the Central Dispatch Unit of the Electricity System Operator (ESO).

"During the sitting of the 26th Donor Assembly of the EBRD, on November 26, we managed to negotiate an agreement," Stoynev commented at the signing of grant agreements under the Kozloduy International Decommissioning Support Fund for the financing of three high-priority projects.

"I thank Vince Novak for the understanding, because these projects are exceptionally important for the Bulgarian energy and economy. I also thank the Bulgarian experts who prepared the projects last-minute and we managed to defend them at the Donor Assembly," Stoynev declared Friday, as cited by the Focus news agency.

He insisted that these agreements were essential for the Bulgarian economy and that they would have an impact on key energy enterprises, saving 250 000 MWh a year and reducing carbon dioxide emissions by 96 000 tonnes a year.