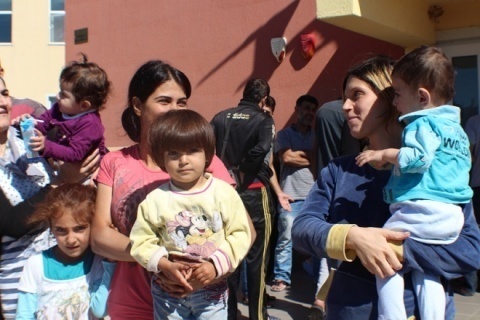 Most of the immigrants detained during the police raid in the refugee center in Bulgaria's capital city Sofia, Thursday will be repatriated, according to local media reports.

"The detainees were mainly people who were denied refugee status and had to return to their country of residence," Rumen Genovski from the State Agency for Refugees said for private TV station BTV, Friday.

So far, some 750 immigrants have been granted refugee status, Hristo Dimitrov, head of Registration-and-reception center in Sofia told BTV. Most of the candidates were given humanitarian status.

"Few of those intend to reside in Bulgaria and to integrate here, most of the refugees plan to live in Western Europe with their relatives," Dimitrov informed.

Currently, no track of refugees leaving Bulgaria is kept by the State Agency for Refugees or by any other institution in the country.