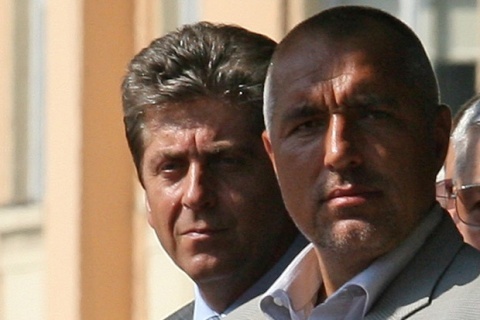 Bulgaria's former Prime Minister, Boyko Borisov, is going to approach the chief prosecutor over media abuses of his personal privacy.

Borisov, who is the leader of the largest opposition center-right Citizens for European Development of Bulgaria ( GERB) party claims to have continuously seen a driverless, but equipped with cameras Mitsubishi Pajero car parked in front of his home, a tactic that he used to apply when working for the Ministry of the Interior.

Borisov's concerns appeared in reference to recent newspaper publications in the tabloid "Galeria," whose editor-in-chief, Kristina Patrashkova, claims that Borisov met with former President and current head of the ABV movement, Georgi Parvanov, and former Minister of the Interior, Rumen Petkov, to discuss possible political cooperation.

While Patrashkova says to have obtained a taped conversation of the three, Borisov insists on her arrest and explanation on how she acquired the alleged records.

"Such record cannot exist because the three of us never met," said Borisov. The former PM criticized the extended scope of improper spying on him and said that such scandals had not occurred during his party's term in government.

"Let me give you the example when Germany found out the Americans had taped Angela Merkel. None of their journalists asked what she had said over the phone. What they were interested in was who was responsible for that," said Borisov.

"This story will turn into the Bulgarian Watergate scandal," he added. "With these camera-loaded cars outside my house, they are doing tricks on me, which I used to do in the past," said Borisov.