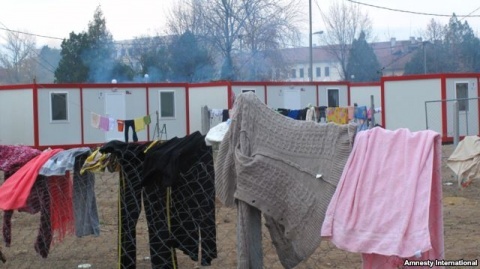 More than 70 illegal immigrants were forcefully evicted from the refugee center in Sofia, Bulgaria.

The refugees are accused of having no legal basis to be in Bulgaria, and of illegaly residing in the refugee camp using fake IDs, Bulgarian TV7 informed.

The police raid followed a signal that the center for temporary accommodation in Sofia hosted many illegal immigrants.

The detainees will be housed in the refugee camp in the Bulgarian town of Harmanli.

The State Agency for Refugees together with the Ministry of Interior will perform similar check-ups in other refugee centers in the country, as well.