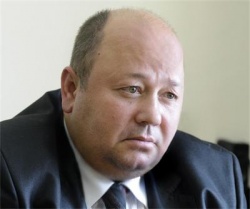 Dinev, a former Sofia District Attorney was chosen over his contender Boyko Atanasov by 16 to 4 votes, while 3 magistrates abstained, reports Dnevnik.

The Sofia City Prosecution conducts some of the most important investigations in the country, including high-level corruption, crimes committed by people with immunity, financial and tax frauds, and European fund frauds.

The Sofia City Prosecutor's position has been vacant since last April, when Nikolay Kokinov resigned from the post following the publication of leaked wiretaps of a conversation between him, the former Prime Minister Boyko Borisov, and the former Agriculture Minister Miroslav Naydenov.

Later, Kokinov was dismissed from the judiciary by the Supreme Council.