Blair's Tribute to Sharon: 'A Giant of This Land' 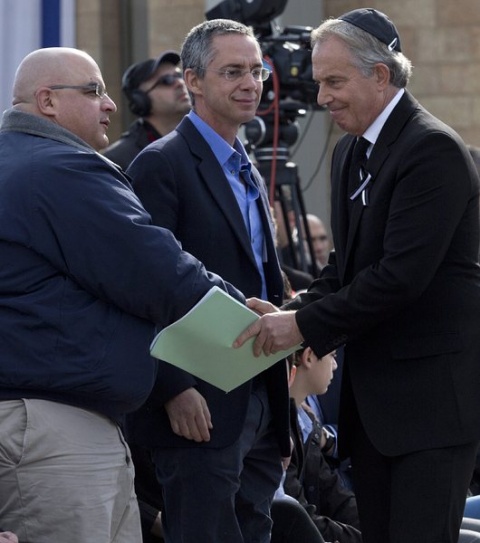 Middle East international envoy Tony Blair has heralded Ariel Sharon as "a giant of this land" at the state memorial service for the former Israeli prime minister, who died on Saturday after spending eight years in a coma.

Describing Sharon as "bold, unorthodox and unyielding", but also "warm-hearted, humorous, charming and passionate",Blair called the former PM "a giant of this land" who would "take his place in the history of Israel with pride".

Speaking at the state memorial service in the southern Negev desert, former Prime Minister Tony Blair paid tribute to Ariel Sharon's "idea that the Jewish people, so often victims of injustice and persecution, should have a state where they could be independent and free."

"Think good or ill of Arik Sharon, agree or disagree with him, but that calling - a noble one - was plain and unalloyed," he said.

Sharon, he added, was "a warrior to create his country, yet wise enough to know that war alone could not secure his future."

"He was a giant of this land."