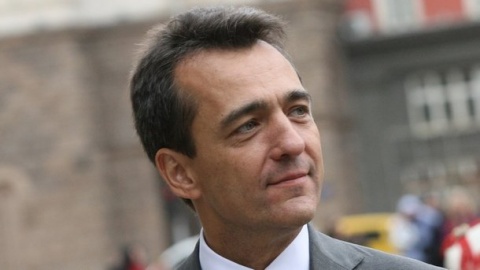 French Ambassador in Sofia, H.E. Xavier Lapeyre de Cabanes, says he has a great chance to be working in an EU Member State such as his homeland because of the many things the two countries have in common.

"The ambition of every diplomat is to improve and advance the relations between his own country and the country of work," said the Ambassador, speaking Sunday for the public radio BNR.

In commenting on labor restrictions for Bulgarian workers in France, H.E. said the barriers have fallen and Bulgarians have the full and undisputable right to go to France and find jobs.

"This is a fact. This barrier fell. About Schengen – I think this is a small barrier," he explained.

The Ambassador of France also remarked on the incident with the leader of the ultranationalist "Ataka" party, Volen Siderov, at Varna airport, saying on the day after the incident, he accepted the Chief of State Protocol and received an apology from him in person.

"I think it is normal, for those things, when one country wants to tell the other country something to use the embassies. So, I believe that it was very good that the Chief of Protocol made this move. I even want to say that this action was very diplomatic and exclusive, because in general the ambassadors go to the Foreign Ministry and the opposite is very rare, thus the gesture was very significant. I have not received an apology from Volen Siderov. I think his behavior was intentional," said Lapeyre de Cabanes.

Late on Monday, Ataka leader Volen Siderov verbally assaulted a French cultural attach? during a Sofia-Varna flight and later attacked a passenger and a police officer in a Varna airport shuttle bus. This prompted outrage among majority of Bulgarians and among French diplomats.

As result, Chief Prosecutor Sotir Tsatsarov asked that ultranationalist be stripped of his MP immunity. It will, however, depend on the Parliament to vote for it.

Regarding Siderov's claims that the French Embassy employee has insulted Bulgaria and the dignity of the country, the Ambassador pointed out that the lady was asleep and has not told Siderov anything.

"If the dignity of Bulgaria is entirely in Volen Siderov, she has not said anything. He has confronted her verbally and very loudly, calling her a terrorist, a spy, a liar. This is not normal. But I think all Bulgarians realize who the person saying such things is, and this was not that surprising. The biggest problem here is the immunity, because this person is a Member of the Parliament, whose task is to make legislation. He is not a policeman. If a lawmaker thinks he has the right to act like a policeman, it seems this person has no idea what it is to be an MP in a democratic country. The fact he demanded the lady's passport is also very unpleasant and serious. There will be an investigation and prosecutors will learn everything," stated the diplomat.

He further informed that anonymous people had been sending unpleasant text messages to the same lady, French Cultural Attach? Stephanie Dumortier, and were spreading around her personal data, photographed by Siderov. H.E. stressed he was going to ask the police in the Black Sea city of Varna to provide protection for her until the situations calmed down.