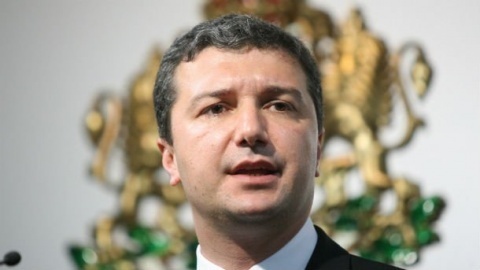 Bulgaria's Economy and Energy Minister, Dragomir Stoynev, has announced that the State was going to focus on directing its exports to Asia.

He grounded the idea, voiced in an interview for TV7, on economic growth across Asia and designated as potential trade partners Vietnam, the Emirates, Qatar and the former Soviet Republics, Azerbaijan and Uzbekistan.

"We must export. In recent years our policy was focused only on the European Union. Yes, this is our main partner, but my task from now on is to direct our exports towards Asia because where there is economic growth, there is money," said Stoynev.

He stressed the change was going to happen with the help of State.

"For this reason, we are withdrawing our trade representatives from Europe and are relocating them to the above mentioned countries where we will be opening trade representations," the Minister explained, adding he was very pleased by recent negotiations with Iraqi Ministers, which have led to inked export contracts.

Stoynev further pointed out that the State must help private business with concrete destinations, where there is demand, by opening Consular offices and trade representations and by alleviating visa regimes.

According to him, this policy has already yielded positive results - 5% increase of exports; 4% increase of trade turnover, while the trade deficit of Bulgaria, since the government of Prime Minister, Plamen Oresharski took office, has decreased by approximately 13%.

Stoynev further informed that he has asked large retail and supermarket chains in the country to provide more flexible conditions for local producers, and pledged to continue close cooperation with the biggest retailers.