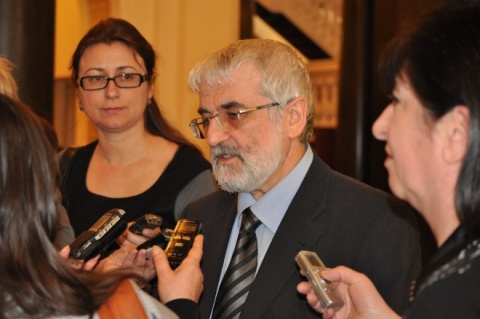 The Head of Bulgaria's National Audit Office (NAO), Professor Valeri Dimitrov announced Friday a proposal to change the law on political parties so that each party is mandated to disclose all its expenses over BGN 100.

Dimitrov spoke in an interview for Nova TV.

Currently, parties decide on their own which activities to declare as an expense from their State subsidy.

"The leader of Ataka claims that these trips were gifts from his wealthy friends, but this fact is unverifiable because there is no registry of costs covered by friends. Tax returns are public. They must be made public on NAO's website. Then the declarations are crosschecked, but only through databases, registries and records maintained by State authorities. These are statements which disclose income and property, but not incurred expenses," said Prof. Dimitrov.

He added that NAO has no access to bank accounts of persons holding public office and their bank deposits are also unverifiable.